Although the morning was clear, it was a whole 40 F and the dew was heavy. On a morning like this, I don't miss riding the bike. We had a quick continental breakfast in the motel, where I made toast in the single two-slice toaster. I am really glad it wasn't busy or this could have been a real bottleneck. 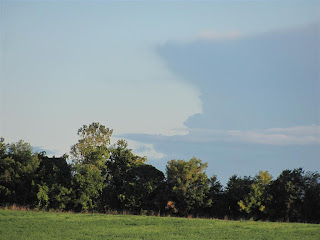 I decided to skip fueling at the Sunoco next to the motel because I didn't like the $3.999 price. We proceeded through the toll booth onto the Thruway and headed west into a strong headwind. Needing to top off the tank before we crossed the border, we stopped at the Ontario Service Center where I was shocked to see the price was a lofty $4.099. Since this was the last easy place for gas, I filled and was pleasantly surprised that the pump did not cut me off at $100.00. 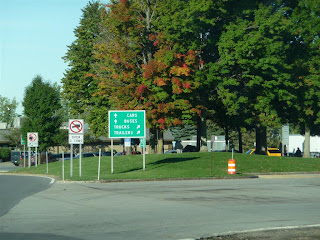 Leaves just starting to change at the Ontario Service Center

I was concerned about rush hour traffic as we approached Buffalo but, other than one spot where the traffic was a bit dense, we had no problem. We connected with the I-190 and followed it to the Peace Bridge. On home soil, there were no vehicles lined up at the customs booth and our interview was perfunctory. Soon we were heading for Toronto on the QEW. 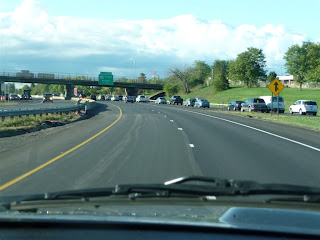 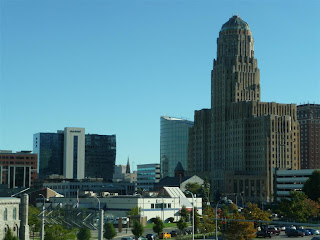 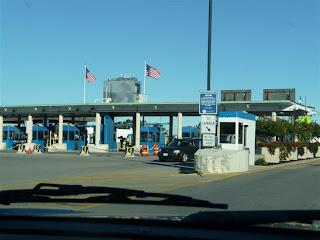 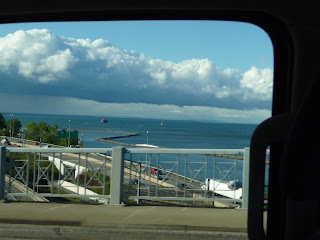 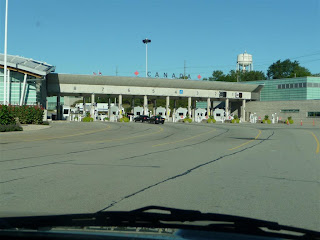 Canadian Customs (with no lines)

Sandy needed a bathroom break so we got off near Niagara On The Lake. The main establishment was a gas station with Wendy's restaurant and was jam packed, so I went a quarter mile to a virtually abandoned Husky station and restaurant. I felt sorry for them being ignored and also bought a coffee to go.

We drove on, crossing the Burlington Skyway and eschewing the excessive ETR 407 tolls by staying on the QEW through Oakville. It was late enough in the  morning that I thought rush hour traffic would have been and gone. What I didn't count on was a reduction from three lanes to one east of the 403, which we luckily exited on just as everything started to grind to a halt. 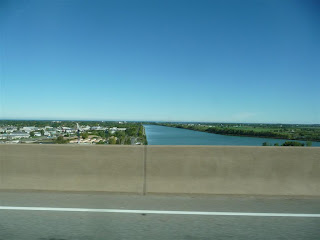 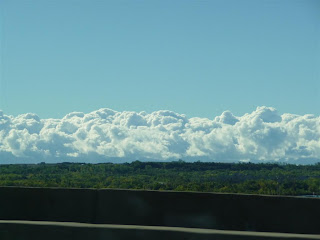 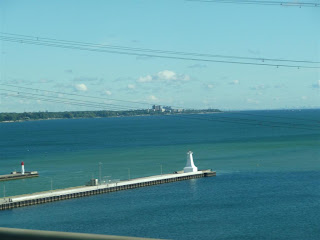 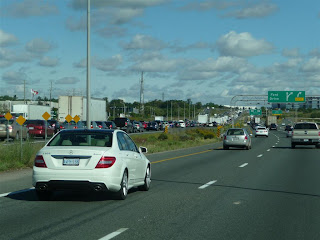 The 403/401/400 routing across the top of Toronto was good today. Traffic was steady but not excessive and we were soon headed north, with the Big Smoke in our rear view mirror. Homeward bound. Still no work on the service centre at Barrie  just the same old sign saying "Rebuilding to serve you better". They haven't served us at all for the last 2 1/2 years and I am not holding my breath. 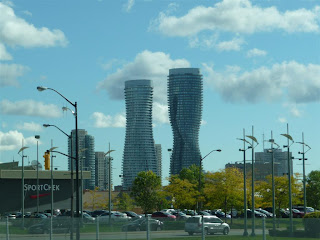 These towers seen from the 403 still look strange 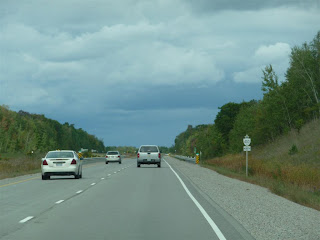 Ominous clouds to the north

North of Waubaushene, the gusts of wind from the west were worse than yesterday. We stopped at the Petrocan on Horseshoe Lake Road (aka Tim's Tim's) and another man, who was heading south, was complaining that he was having trouble handling his car. I guess we were doing okay to keep the truck/trailer moving along at highway speeds.

We stopped again at McDonald's in Parry Sound for lunch to go. In a fit of not paying attention, I pulled out of town on the southbound 400 ramp. maybe my subconscious really doesn't want to go home. Luckily, there was an interchangeable a few miles down the road that allowed us to get pointed in the right direction.

The rest of the trip was uneventful, although I noted the southbound big rigs were moving slowly (probably due to the heavy crosswinds). I was pleased to hear Tom Lehrer, a voice from my youth, on the XM Laugh channel. We pulled into our driveway about 4:30. 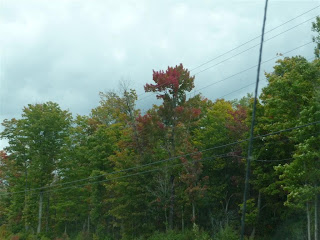 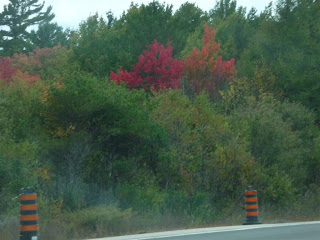 In a week or two, this will be a riot of colour 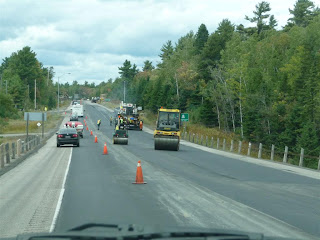 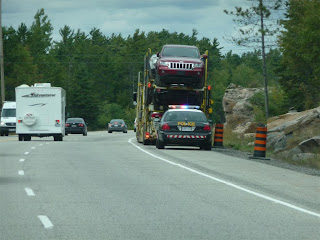 Does each car get a ticket? 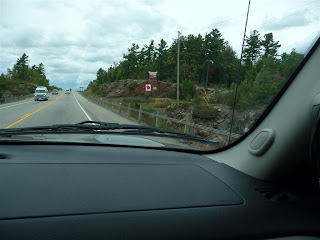 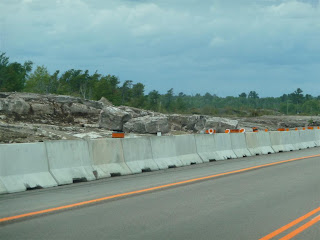 The next stretch of four-laning north of the French River 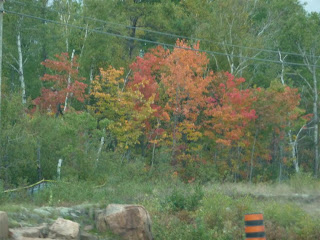 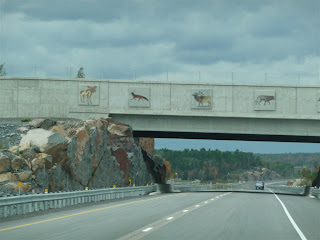 We brought the cases in from the truck, unloaded the bike and maneuvered the trailer into its parking spot before stopping to take a break. This trip was almost a month long and covered a lot of ground. I will spend the next while paying bills, finishing blogs and getting things in order before starting to plan our future adventures.