Sandy had some raisin bran before we left the motel in Greenville at 6:00 AM in the dark. As we approached St. Louis, the traffic started to get heavier and then, near the I-64 split, it stopped. 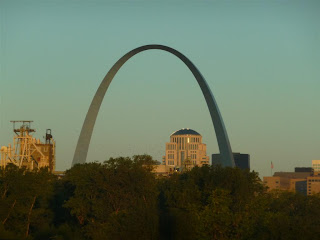 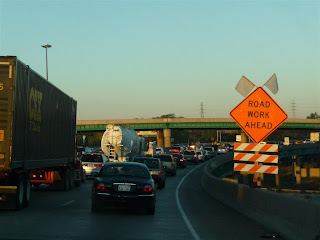 Backed up traffic into St. Louis

Once out the other side of the Gateway City our traffic got very light, although the other direction was pretty heavy with people bound for work. There are quite large hills here as the highway winds over and through the pale Missouri sandstone. 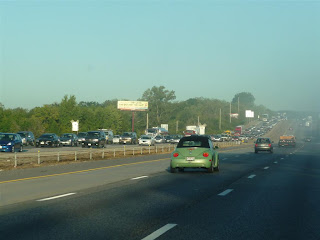 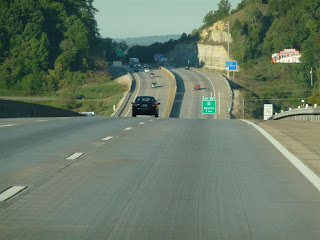 Big hills and sandstone rock cuts on I-44 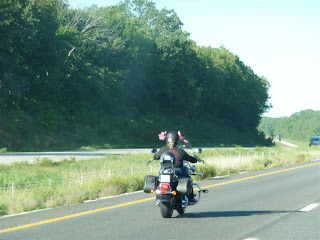 Once clear of the traffic, we stopped at a McDonald's in St. Clair to use the facilities and allow me to get a steak bagel. A tour bus pulled in behind us and folk started getting off. I asked one where they were going, expecting Branson as an answer, and was told "Eureka Springs, Arkansas". The bus driver told me that he had never been past Branson and wondered what the best way to ES was. I suggested that the way we were going would not be ideal but didn't have any idea what the other routes looked like. One lady wondered where in Ontario we were from and said she had been raised in Montreal. We wished them well and pushed on.

We fueled at a Travel Center of America near Springfield. This one had plenty of room to access the gas pumps, something that is often lacking. Just before we turned south on US 65, the bus from the McDonald's went by us heading on so they could cut back into ES from the west.

US 65 has some huge grades as it flows up and down over the hills to Branson. 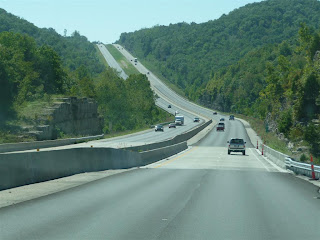 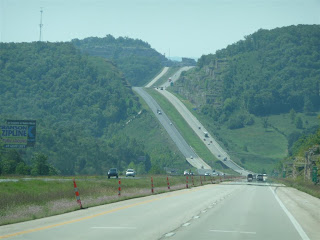 Bigger hills on US 65 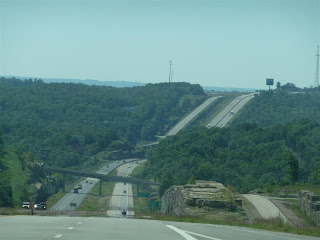 And more big hills on 65 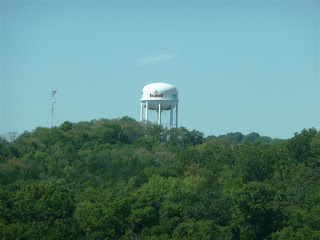 We are in Branson

South of Branson, we turned west on SR 86 and followed the narrow winding road to SR 21, Blue Eye and Arkansas. This is a fun road on a motorcycle but is quite a challenge when towing an 8' 6" wide trailer. It would have been really nasty for the tour bus. We arrived in Berryville, Arkansas and then followed US 62 to Eureka Springs and Carolyn's Ozark Swiss Inn, arriving about 1:00 PM. 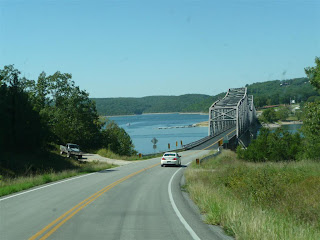 Bridge over an arm of Table Rock Lake 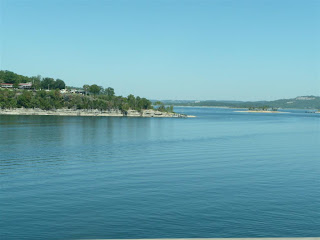 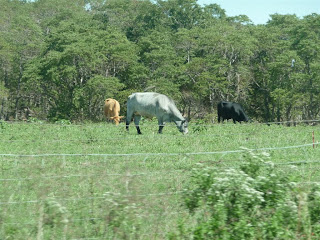 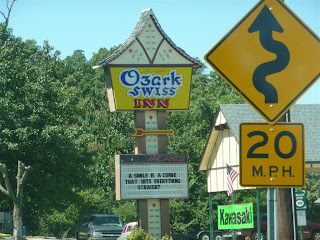