We got up later than usual this morning. It is possible that the 2:00 AM bedtime had something to do with it. Teri and John showed up about 9:00 AM from their motel and Coyote and I joined them and rode to the Pancake House for breakfast. 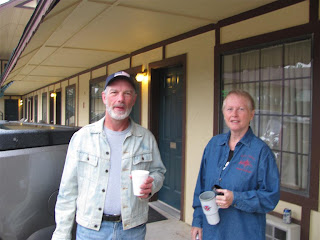 Badger and Sandy with morning coffee 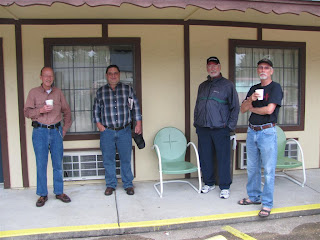 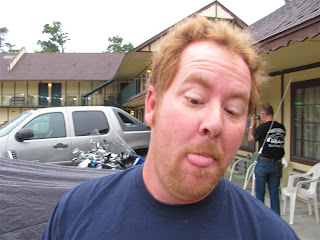 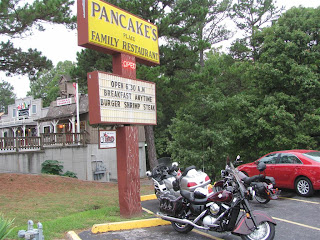 Across the street from the restaurant was a neat bike shop called Arkansas Adventure Rider. The only word I can think of to describe it was "eclectic". There were the typical shop items and some odd things that were clever and useful but not usually seen other places. 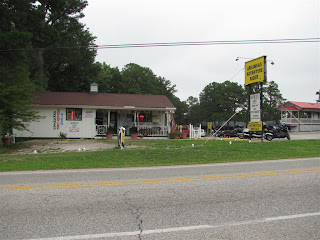 About the time we got back to the motel, a steady drizzle started falling. People pretty much stayed under cover and visited while some ladies Sherm knows from Texas showed up with their bikes on a trailer. The Scott and Scott team (Hot Sauce and MoParMan) proceeded to get smokers fired up. They had several rubs and prepared a selection of ribs, brisket, pork butt and chickens to go into seven smoking devices of various descriptions. 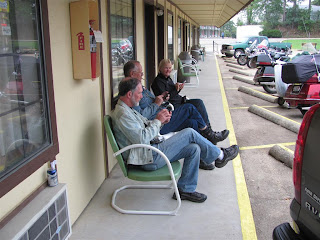 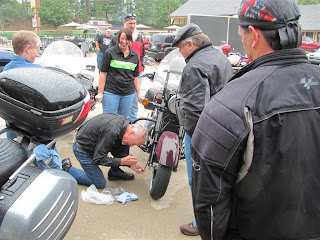 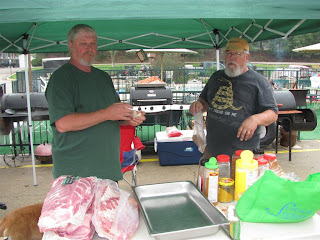 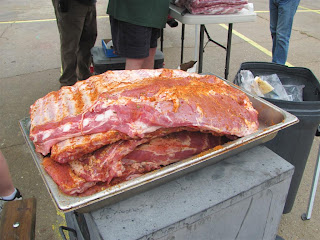 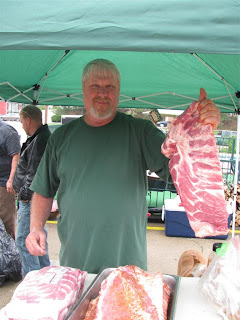 First you take the rack 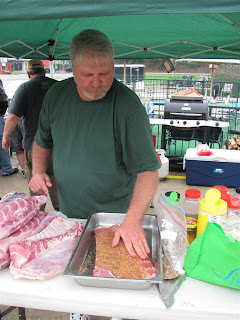 And then you rub it 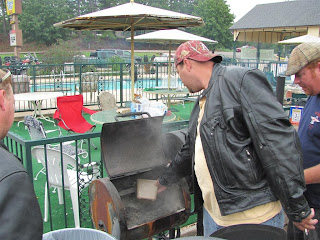 Get the smoker just right 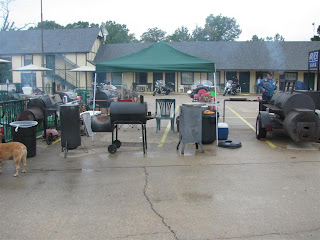 And let them smoke for the afternoon 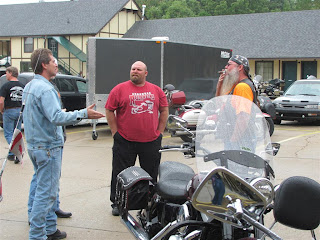 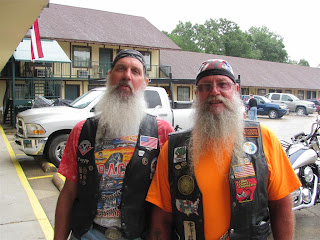 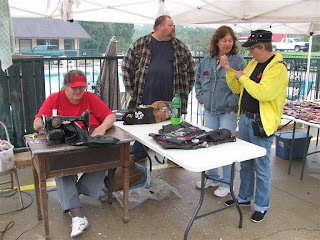 I wish I had brought my loose patches with me

A local reporter showed up and took some pictures. It looks like several of us might be in the paper next week. Teri suggested that I could provide some history and information about VROC but he didn't seem interested in that so I am not sure what will appear in print. 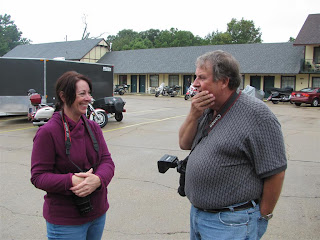 Teri and David the local reporter

At 5:00 PM, we all gathered in the rain for the obligatory group photo. Then we lined up for some most excellent BBQ. While in line, Mitch, Zeke and I tried to sell each other on the libertarian philosophy. Then we discovered that all three of us were libertarians already. Zeke told me his formative years were strongly affected by Robert Heinlein's writings. Mine were as well so we have a lot in common. I wonder how many of today's libertarians have resulted from RAH?

I had some ribs, a pile of brisket and some salad and beans. It was juicy and very tasty so I went back for more. I was in carnivore heaven. Then there was cobbler and some sort of trifle for dessert. After the food was done, we all signed a banner that would be sent to Craig Scott in Edmonton (he was injured in a wreck in Utah earlier this summer). Next, Teri spoke on behalf of Riders of Kawasaki and announced some new sponsors. Finally, Condi and JR conducted the draw for the raffle prizes. Sandy and I "won" a packaged gift set of motorcycle cleaning supplies. Then we won another one, a few shirts, a couple of water bottles and a Kawasaki gift certificate. Sherm did even better. 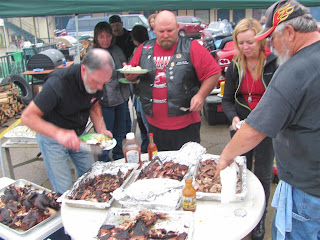 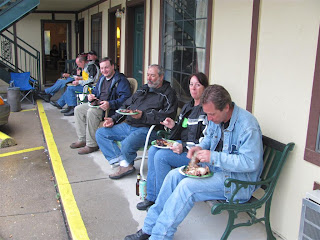 Nobody was talking much 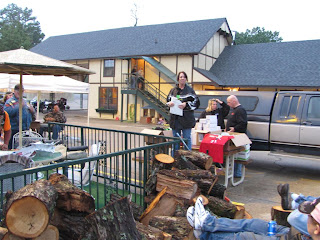 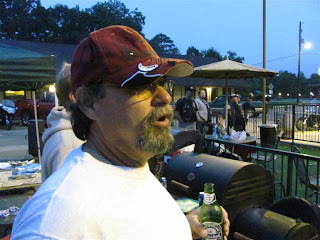 Flamekiller and his short hair

The draw was done about 8:30 and then I finished catching the blog up to yesterday. Finally caught up. For the moment. Mal and Yvette from Colorado rolled in about 9:30. It sure was good to see them. We spent the rest of the evening catching up before turning in around midnight.
Posted by Jim "Skid" Robinson on 9/14/2012