I awoke at 5:00 AM to the sounds of Sherm getting dressed  in the dark. There are very few people we have found that we can travel and not end up with at least some minor frictions, but Sherm is the best of those. Like us, he knows how to make miles when he has to and, facing the long trip back to Arizona, I figured he would be itching to get started early today. Feeling somewhat the same after almost a month on the road, we turned on the lights and got dressed as well.

I didn't feel well this morning. It felt like there was a brick in my stomach, probably due to all the congealed grease from supper last night. I knew I would pay for my menu selection. The parking lot was quiet as we moved our last bags into the trucks. There was a brief wrinkle as Sherm tried to find his keys but they were finally located in the Toyota under his jacket. We said our goodbyes and then watched him pull out. Then Sandy and I hooked the trailer to the truck, I checked out and filled my travel mug in the breakfast nook, and we hit the road by 6:15.

Plotting a route home was difficult. Most of the big roads fan out from the northeast to the southwest quadrant. For those of us going northwest, either we travel out of our way or use secondary roads. Google Maps told me that the fastest way home was via US 219 up through Pennsylvania but I have experience on that highway and, while it is an excellent motorcycle route, I don't want to be hauling an 8 1/2 foot wide trailer up and down its twisty steep grades.

We took I-64 to Richmond and caught I-95 north.  Several people had warned me about going through Washington DC, even on a Sunday morning, so we got off 95 on US 17 south of the capital. In retrospect, I should have stayed on the big roads (I-95 through DC to I-83 in Baltimore and on to Harrisburg). It would have been quicker than the mostly two lane US 17/US 15 route that took us meandering through the countryside and small towns. Besides, why should I be concerned about DC traffic? I drive in Toronto.

Not far along US 17, we were following a utility truck that nearly hit a deer that scrambled across the highway. Then we topped for fuel near Warrenton and watched two sheriff's deputies go by riding their Harley's, side by side. Ever since the old TV show CHIPs, the sight of two motors moving along like this evokes a pleasant emotion in me. We won't speculate on the outcome if that same deer were to dart out in front of them. I think I will stick to staggered riding. 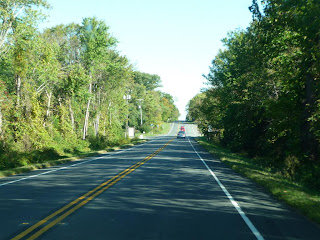 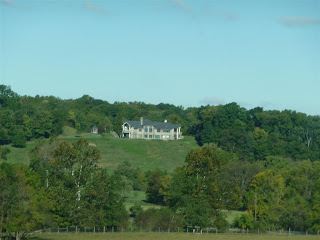 Master of all he surveys? 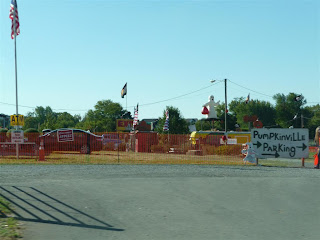 I wish we had time to visit Pumpkinville 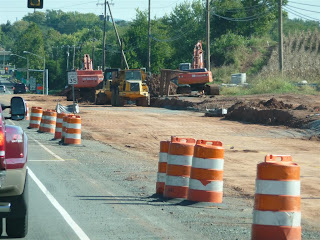 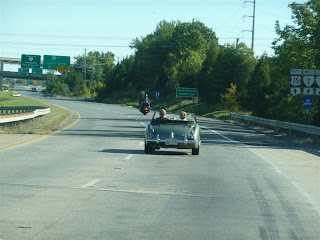 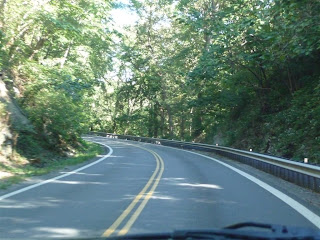 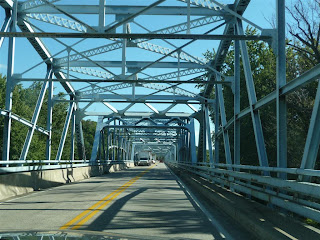 I have been unable to figure out the gas pricing down here. Fuel in Williamsburg was $3.65 per gallon and on US 17 was $3.53. We spotted a station near Leesburg (still in Virginia) advertising $3.77, so state taxes are not likely a factor. They probably are in Maryland, where the first station we saw had $3.95 posted on the sign. I waited until Pennsylvania to fill up. 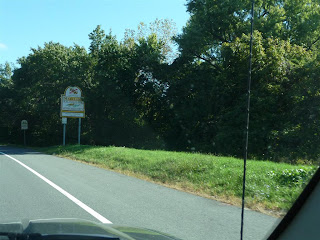 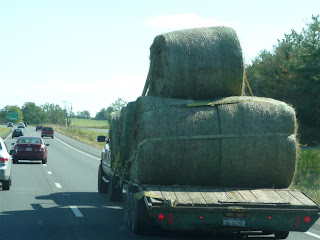 Haystacks on the move 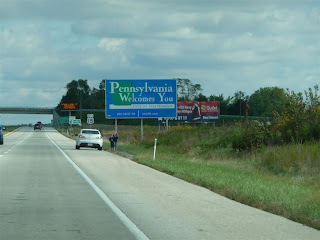 It was 16 C (60 F) when we stopped north of Gettysburg to top off the tank. I guess the heat wave is over. We caught I-83 going into Harrisburg and ended up taking to the streets to get north of the city on the east side of the Susquehanna River before reconnecting with US 15 after crossing the river again. 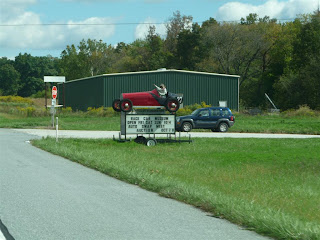 Something to see on a  future trip 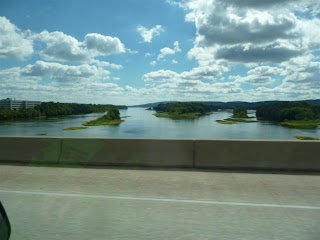 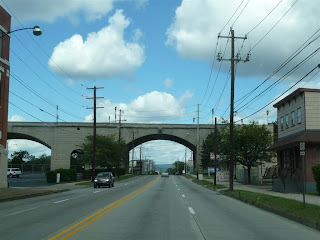 The trip north on US 15 through Pennsylvania was uneventful. We got Subway along the way and dodged road construction in Williamsport.  Some of the trees were changing colour, a reminder that winter snows were on the way. 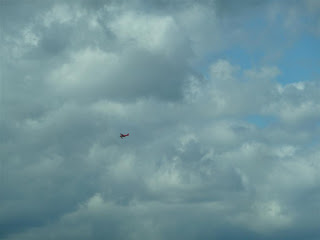 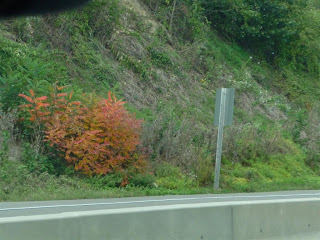 A bush in fall clothing 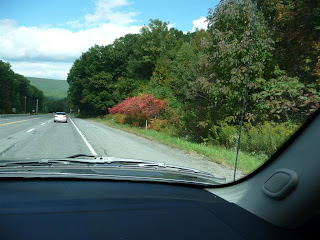 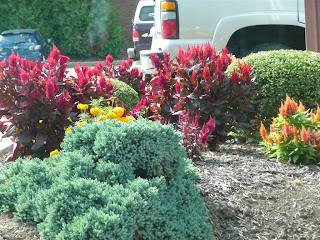 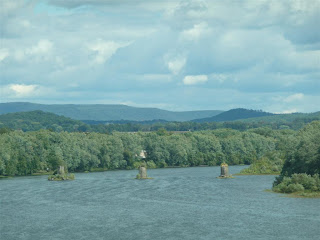 Old bridge footings on the Susquehanna 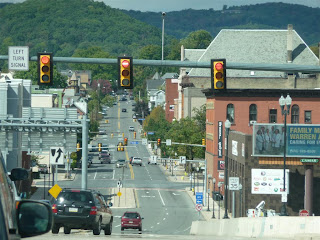 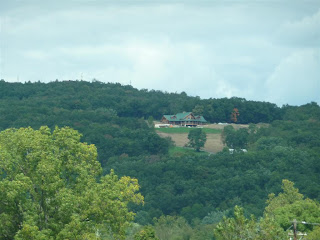 No flooding risk there 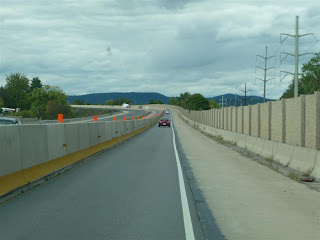 Construction zone on US 15 north of Williamsport 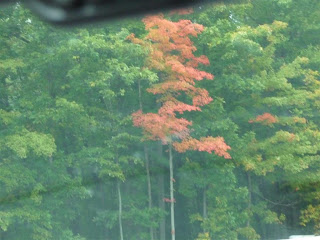 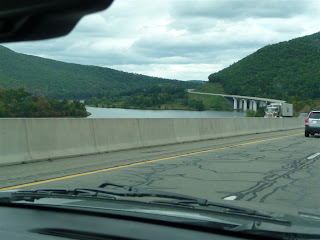 Crossing into New York, we rejoined the Interstate system in Corning, following I-86 for a ways before catching I-390 towards Rochester. The winds from the west picked up and started buffeting us quite a bit. The trailer stayed behind the truck just fine but the whole outfit got tossed and it required a vigilant hand on the wheel to avoid any nasty surprises. 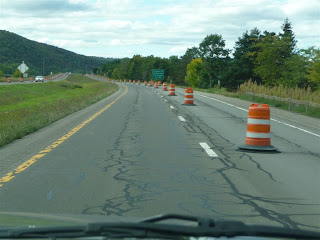 More construction, this time on I-390 in New York 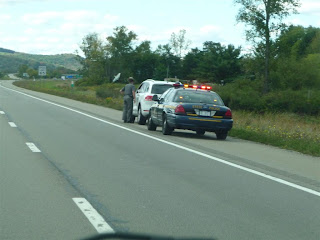 When we finally arrived in Rochester (more properly Henrietta), I first stopped at a Mickey  D's where we got 20 Chicken McNuggets to go for $4.95. Taking our food, we stopped at the same Super 8 we had used when we were dragging the new trailer over to Boomer's in July  It wasn't busy and I had no problem parking the trailer out back. Then we hit the room and, instead of working on blogs or bills, I joined Sandy in watching a bit of TV as we wound down from a busy rally weekend.

The WiFi was flaky and kept hanging up, but there were several WAP's so I just kept hopping back and forth between them. Still, it would have been frustrating if I had been trying to do any serious work. We ended up turning out the lights fairly early and going to sleep.