It was cooler this morning as we carried our gear down and loaded it in the truck. Brad and Judy joined us at the breakfast table by 7:00 AM. Sandy and I both opted for yogurt, granola and fruit since it was a travel day.  By the time we had finished, almost everyone had showed up. We said our goodbyes and were rolling by 8:00. Once I figured out that the GPS was in simulate mode because I had been using it indoors, and switched it back to normal, we were westbound and down. 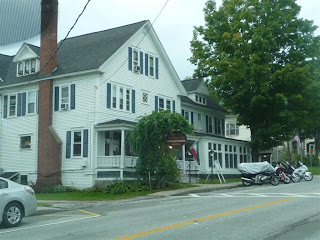 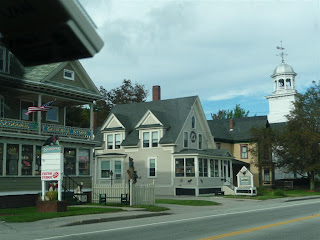 This is NOT the historic district

In Gorham NH, I stopped to check the bike straps. They have narrow parking lanes and I put the right side tires right up on the curb, scrubbing the sidewalls. These tires look pretty tough because they didn't show any damage. Due to a misread of the destination, we ended up following some other roads to Franconia Notch when we should have followed US 2 straight to St. Johnsbury, Vermont and I-91. I still don't seem to be able to learn not to trust Garmin. The last stretch to 91 involved NH 135, a horrendously narrow and winding piece of pavement that went over a ridge to Vermont. 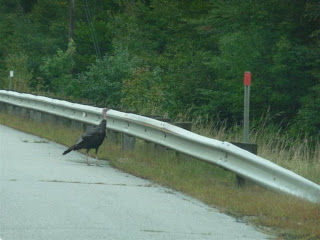 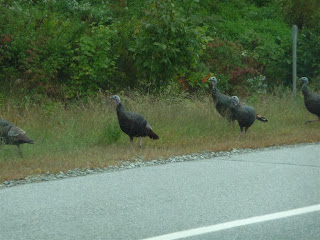 And a bunch more 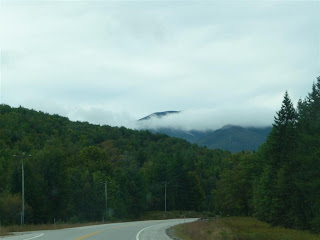 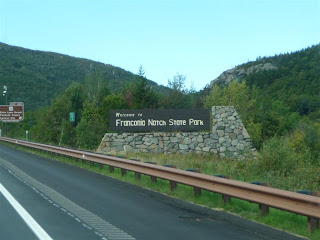 Back at Franconia Notch by mistake 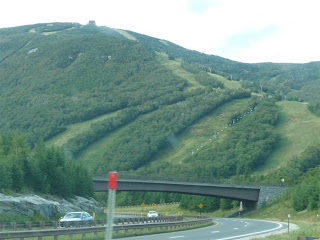 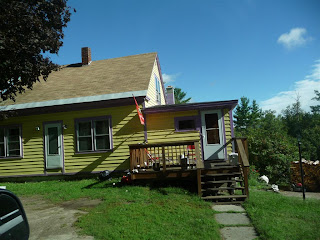 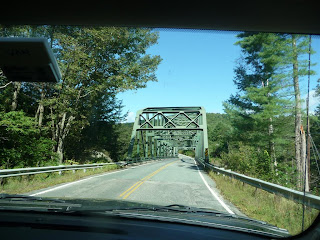 Bridge to Vermont near Barnet 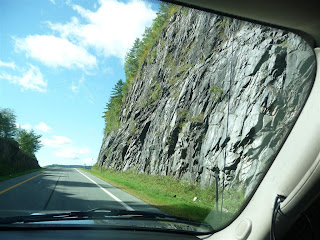 Ramp onto I-91 South

We followed I-91 south, stopping for fuel at a place that was overrun with bicycles. Continuing south, we crossed I-89 near White River Junction. There were three deputy's cars and several flag persons ready to shut down 91 for some kind of utility work. The other direction was already blocked. 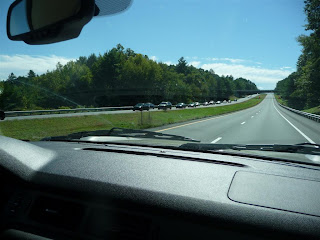 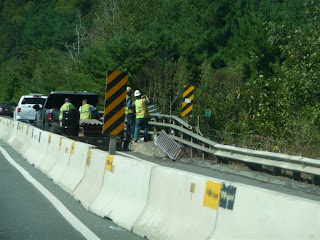 In Brattleboro, we turned west on Vermont 9. This is another excellent motorcycle road. Not so good for trucks towing trailers, but not too difficult. On the three miles downgrade into Bennington, they have a truck runoff ramp almost immediately followed by a 25 MPH corner. In the case of a brake problem, this would set the context for a quick decision. Bennington seems to have painted moose and at least one cow throughout the town. We connected with I-87 South which took us to the NY Thruway near Albany. 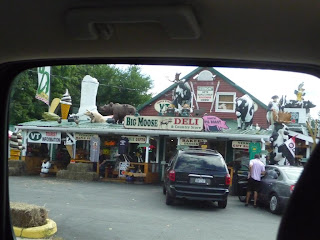 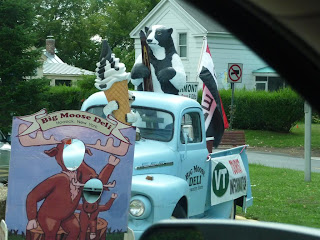 We drove west on I-90 into a firm headwind. Stopped once for fuel and once for food at a Tim's. Wondered if the green vines on the guy wires and poles was kudzu. We had turkeys this morning and groundhogs sitting up alertly watching the cars go by this afternoon. The wind died down past Rochester and the sun was setting by Buffalo, which made it very difficult to see the toll booth. 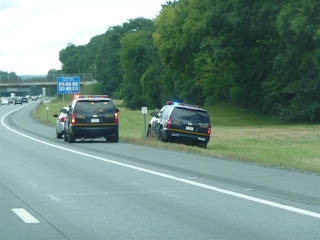 They had the driver of this car in handcuffs 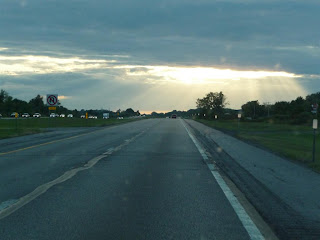 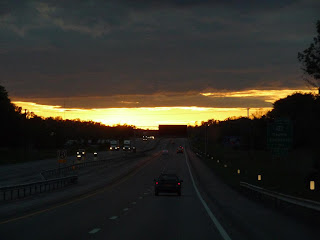 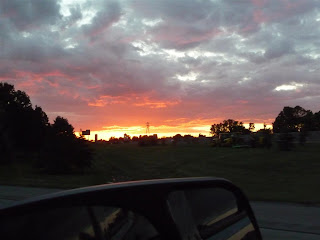 Near Erie, Pennsylvania, we fueled at the Travel Centers of America truck stop. The pump cuts off at $100.00 so I went for a second round to get it filled right up. The second cycle took $1.68. I should have left well enough alone. Then it was on to the same Super 8 in Erie where I parked in the same place and the same young lady checked us in. Deja vu all over again, as Yogi would say. It was the end of a five state day.