There were a few other bikes at the Parry last night. Two German guys had rented Harleys in Los Angeles and were touring the southwest while four other bikes from Seattle had mixed solo riders and couples on them. In addition, over the breakfast buffet (no longer free), we found a bus load of tourists from France. I talked a bit to one couple from Paris, but they knew about as much English as I knew French so we didn't say a whole lot. Maxxx & Mar headed back towards Ontario this morning while Ham, Rocketgirl, Willie and Leslie would be staying another day.

I called Radioworld in Toronto about the GPS failure. They found my records and told me the warranty expires on June 21. I explained I couldn't get the broken unit to them until the 25th but they said that since it was a 3rd party extended warranty, I would have to deal with them and gave me a number. I decided to call later in the day.

Don suggested a route change today from the master plan. More mountains, less desert. Worked for me. Sherm and Sandy set out first and we never did catch up with them. Cranky and I followed Don out of Kanab in the brisk 14C air. As we cruised down through the red rock canyon and out into the red sand desert, I looked down to check my speed on the GPS. Not having it sitting on the handlebar is like having a tooth missing. You are always aware of the empty spot. But this leads me to wonder if technology has taken over my life and do I need to have all these gadgets to enhance my experiences. The answer, dear blog reader, is yes and so what?  I like my tech oriented life.

Other than the great scenery, the only two things on the first leg of the trip were two sheriff's deputies sitting at the bottom of hills in reduced speed zones looking to fill the county's coffers. The other was a spot where we saw a flock of domestic sheep that had gotten itself split onto both sides of the road. I slowed and Cranky honked his horn. The sheep on the right side of the road started to run and then the leader decided they should all be on the left. I slid through but saw Cranky's Nomad in the thick of it as the woolly creatures ran across ahead of him. A baaaaad situation, for sure. But he didn't hit any, so it was all OK.

We made our first stop at a convenience store in Panguitch. The temperature had dropped to 11C and the Californians were feeling the pinch. 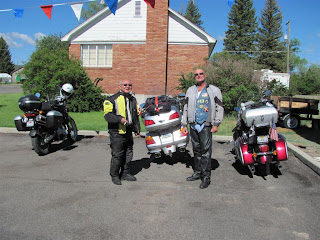 Stopped in Panguitch Utah for a break
Further along, it warmed up some and we rode along for another hour before stopping at a rest area just north of Maryvale. This stop had a spectacular backdrop of rock outcrops. We met a family from Georgia who stopped there for a picnic. 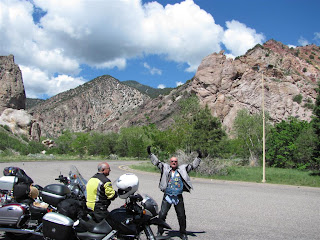 The motorcycle part of the parade in a rest area north of Maryvale Utah
Out of the rest area, we entered a canyon posted for "40 MPH curves for five miles". It just doesn't get any better than this. I was listening to Doug Urbanski on the radio (I miss my GPS MP3 player) filling in for Rush Limbaugh, who was on his honeymoon. Urbanski described the "three pillars of America", two of which were traditional values and individual liberty. It may be just me but many of the "traditional values" the conservatives advocate actually seem to infringe on individual liberty. Oh well, it gave me something to keep my libertarian mind awake criticizing:-)

We joined I-70 and followed it to Salina where we stopped for gas. I took 4.08 gallons and Cranky took 4.09. I was happy with this (over 40 MPG US) until I checked Don and the baby BMW. He took 2.8 gallons. This little bike looks like it might be the answer to the energy crisis. A block down, we found Mom's Cafe with a blue Toyota pickup/HD on a trailer out back. Sandy and Sherm had already ordered. She was having a prime rib sandwich with fries, an absolutely stupendous feed for less than $6.00. There was enough that she saved me half, as well as half her "Utah scone", which made a more than adequate and very tasty meal. 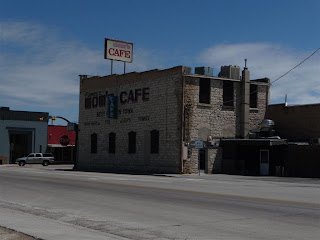 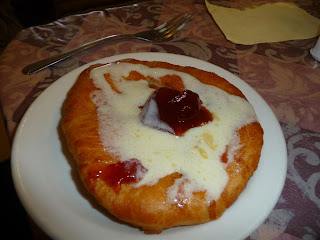 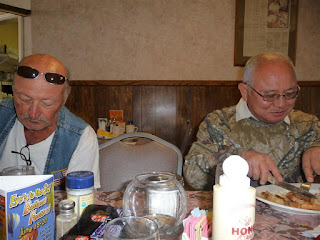 Cranky and Don chowing down
After lunch, I called the company that sold me the extended warranty for my GPS. They noted the failure on the record (one week before it expired) and gave me instructions for sending the instrument in to their repair facility after I get home. We'll see how this works out. I hope I can pick a new unit up in Reno or somewhere for the trip home.

Business done, we rolled west on US 50, the "loneliest road in America". Don went on ahead while Cranky and I followed Sherm. The mountains faded behind us as we entered the big, flat empty headed towards Delta, our stop for the night.

We had a running joke that you can't make a wrong turn on US 50 way out here in the west but, as we approached Delta, Sherm and his GPS missed the new 90 degree left turn and covered about 200 yards of the road to Salt Lake City. Backtracking, we came into town and found our Days Inn to be a very nice place. Green grass, a clean pool, spotless grounds and the let us park the bikes under the overhang.

Unfortunately, I hadn't been feeling too well the last few miles and proceeded to go downhill after our arrival. By the time Jamey T and Trouble arrived from Silt two-up on their Nomad (they pared down their gear after Trouble's rim failure and pushed on ahead), I had developed a fever and was throwing up and worse. I crawled into bed and that was the end of the day for me.


Scenery Along US 89 in Utah 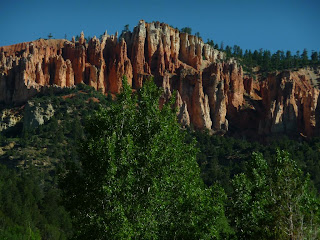 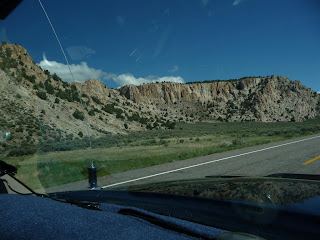 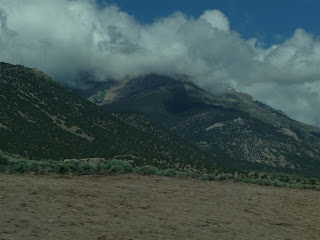 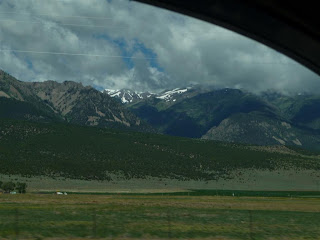 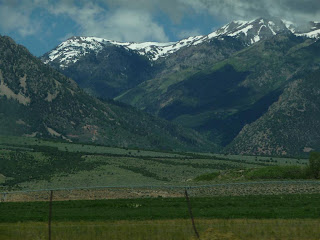 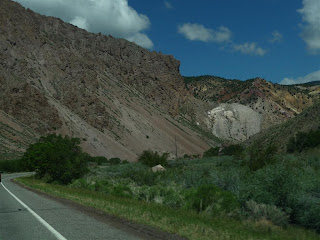 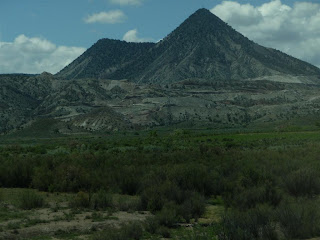 Scenery Along US 50 in Utah 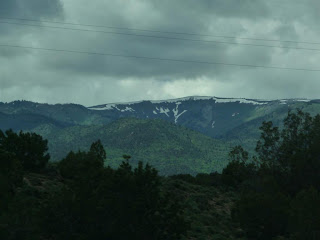 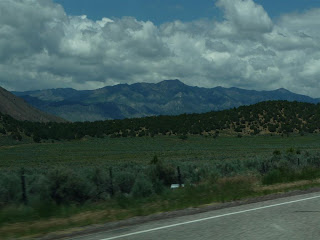 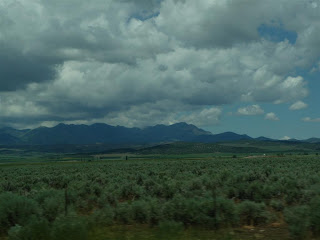