We ate in the Super 8 breakfast nook this morning. Raisin bran, toast and half a banana would have to carry me to lunch. About 9:00 AM, a dozen bikes made use of the information I got from the SC Harley riders yesterday and headed for Mesa Verde National Park. This is the site of the Anasazi cliff dwellings that were mysteriously abandoned 800 years ago. The sign at the park entrance warned motorcycles abbout loose gravel but we never found any. The pavement had been ground down for the first ten miles but it wasn't a difficult ride.

I led to the park annd then Tony D. led because I remembered from our trip in 2004 that the first climb contained tight switchbaks and sheer drops. I guess I am getting better because the climb was pretty easy, nothing like I remembered. On top of the mesa, the Montezuma Lookout was closed due to contruction. Tony skipped the Visitor Center and took us right out to the parking lot at Cliff Palace. They had a group tour staring but the tickets needed to be purchased at the Visitor Center, which we had by-passed. Sandy and I weren't up for the tour because of the heights and the ladder climbing so, when the group went back to the Center, we joined Sherm, Dave B. and Tom M in the ride back to Cortez. 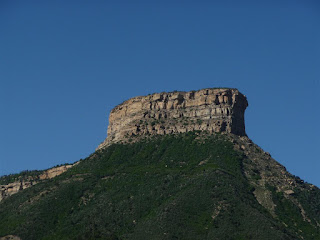 The formation above the entrance to Mesa Verde National Park 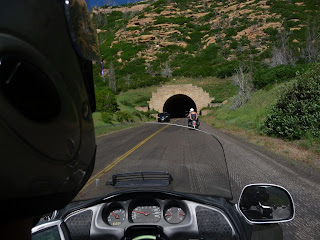 Cheap B and Elyse approaching the only tunnel on the climb 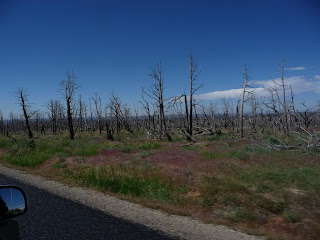 Dead trees form one of several big fires on the mesa 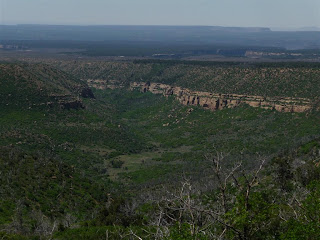 Looking out from the road 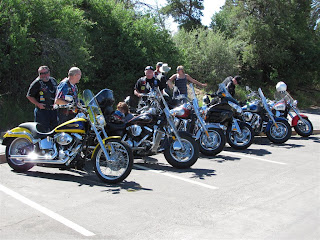 Part of the gang at the Cliff Palace parking lot 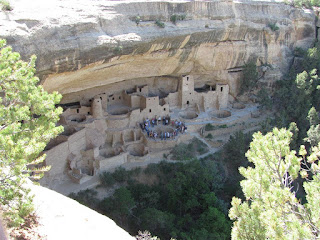 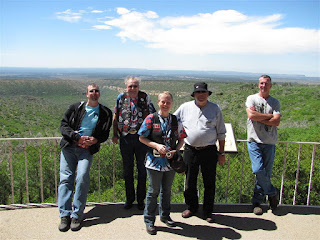 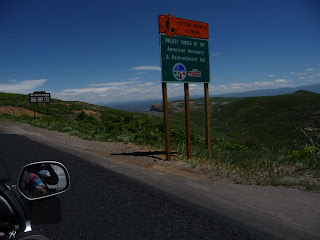 The American Recovery & Investment Act is messing up my park experiences 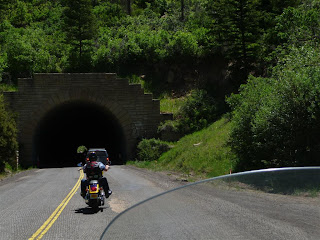 Sherm downgrade into the tunnel 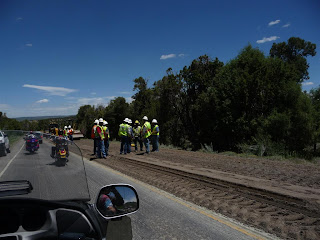 Work crew standing around
Back at the Super 8, Sherm, Sandy and I went across the street to the City Market and got some food at the deli counter. Sherm had chicken, mashed potatoes and veggies while we each had a chicken burger and I had some potato salad. Then Sherm went over to the public library to use their faster WiFi while I worked in the room. The connection at our hotel is so slow he hadn't been able to upload any pictures to his blog.
I was working in the room when Mean Susan from Florida surprised us by rolling in. We hadn't thought she was coming. The lot was filling up with new arrivals and, a while later, Jazz and his brother Clive from New Zealand arrived on the 4E's Suzuki V-Stroms. Brillo even showed up in his red Corvette. We mingled in ever increasing numbers until 5:00 when a group of us twenty strong walked down to Jack and Jannelle's again for supper. Then we returned and eight of us headed over to the rodeo. 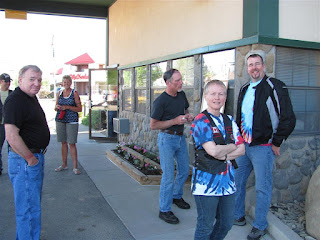 B from E, Deb, Badger, Sandy and Tony D at the Super 8 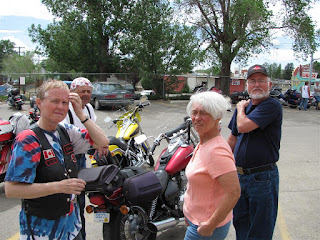 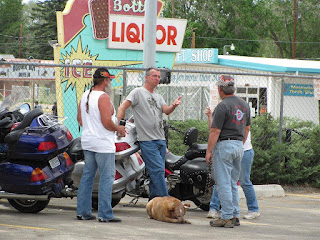 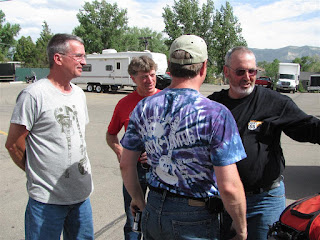 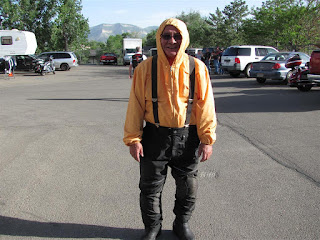 The Gnome of Stockton
The rodeo was what I imagine was a typical small town western event. It was the 80th anniversay here in Cortez and they opened with some very patriotic displays and music. It was easy to tell that we were in a red part of the state. They made a presentation to the Honeycutt family recognizing over 50 years of service to the rodeo business. Virginia was there and waved to us. They had the usual rodeo events with the saddle bronc riding and bull riding looking like the most difficult. In fact, the saddle broncs were so difficult that not one rider was able to go eight seconds. They even had 'mutton busting', with kids as young as three trying to stay on the back of a sheep.  I didn't get any pictures of the barrel racing ladies or the bull riders bacause it was too dark by then. 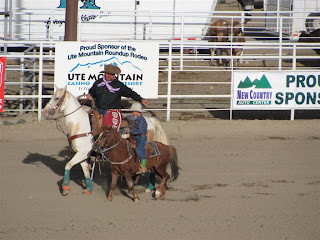 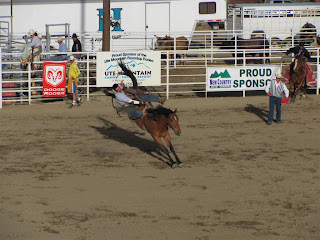 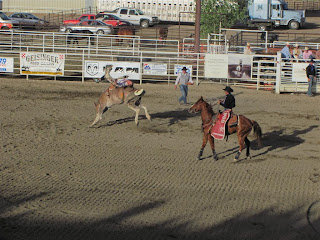 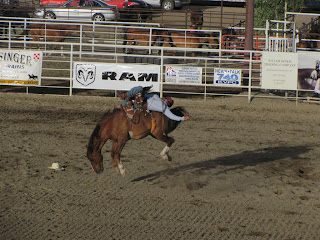 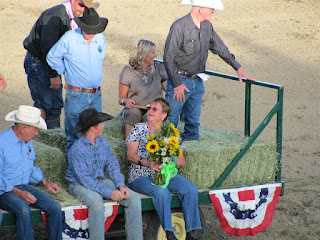 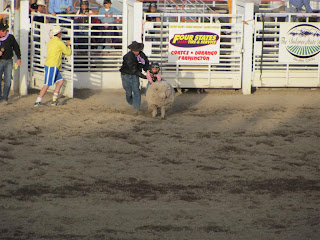 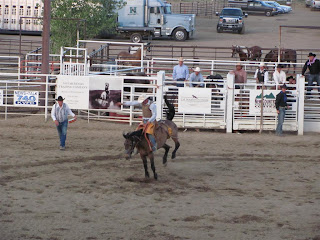 
We stopped at the Dairy Queen on the way back for Blizzards. Back at the ranch, we found the lot full of VROCers and went around finding who had arrived since we left. There were quite a few. Sandy and I did manage to turn in about 11:00 PM. 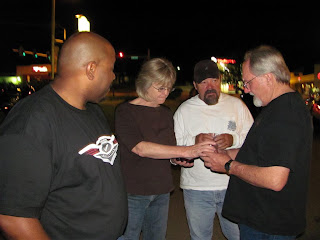 I'm enjoying your commentary and the pictures!

You certainly take some you should see this live pictures!SOme of us travel through your eyes and ears and enjoy the view!(you know what i mean)Ride safe see yall when your back in the great white north!