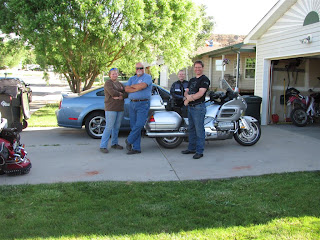 We were packed and rolling by 8:30. We headed east on I-70 with Mal leading, us second, Corvette third and Cheap B bringing up the rear towing his camper trailer. I tested the cruise control and, after spraying the buttons well with Deoxit, it was working perfectly. Reaching Glenwood Springs after a slight delay due to construction, we headed south on Colorado 82. On the way, we had a great view of Mount Sopris, which has twin peaks both at 12,965 feet. 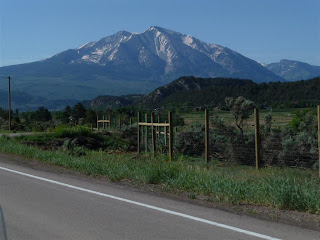 Mount Sopris from Colorado Highway 82
In Carbondale, we had a good breakfast at the Village Smithy restaurant. Carbondale has the most left leaning flavour I have seen since I was in Tofino, British Columbia. It seems to be populated with well-off liberals. From Carbondale, we headed south on Colorado 133. My microphone cut out as soon as we left town and was totally dead. We passed a few interesting things on the way along a raging river. 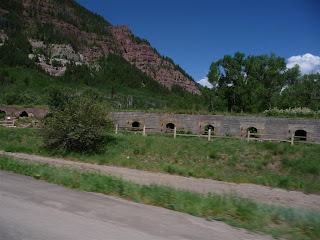 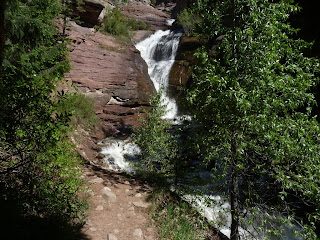 Hays Creek Falls
Before long, the road started to wind its way up through McClure Pass, a curvey and fun ride. Down the other side, we found a series of coal mines near Somerset. It's nice to finally see where some of the coal comes from. Somerset is a tiny run down town with what Mal figured would be the only affordable property left in Colorado. 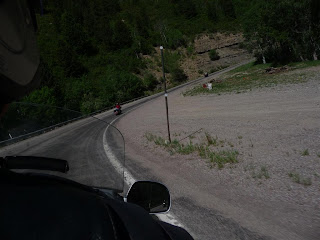 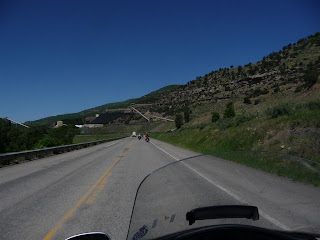 Coal mine near Somerset Colorado
We stopped for gas in Paonia and then ran fairly straight and level road to Delta. US 50 is a four lane 65 MPH road that took us to Grand Junction where we stopped at the Pufferbelly Restaurant for lunch. While there, I discovered the current microphone problem was in the Honda plug buried in the fairing. I fixed it while waiting for the food to be delivered. This whole situation is making me a little nuts. 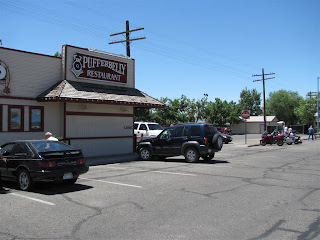 Pufferbelly Restaurant - Grand Junction, Colorado
After lunch, we rode to the Colorado National Monument. After paying our $7.00 entry fee, we started up a long series of sweeping switchbacks through the red rocks. The climb in mid-30's heat caused the bike to start to heat up. Again. By the time we got to the top, it was right on the red but only just. As soon as we leveled out, it started to decline.

Leveled out. There's a concept. The road runs along the rim of a spectacular red rock canyon with many awesome formations. The interesting part, when riding west, is that our lane was next to the edge. In true Colorado fashion, so as not to impede the view, they opted to dispense with the shoulder and the guardrail. A lot of the way, three inches off the right side was a drop of almost 1,000 feet. A few miles in, I was telling Mal on the radio how it wasn't bothering me at all when I suddenly seemed to become aware of where I was. The rest of the 20 mile ride along the rim wasn't nearly as much fun with my arms rigid, my foot on the brake and my coasting through corners. The fight against acrophobia suffered a minor setback but we'll be back.

Near the end of the ride, we stopped at the Visitor Center and then started our descent down another series of switchbacks. With each foot of elevation we lost, I got braver. By the bottom, I was back to normal except for the shaking.

Pictures from the Colorado National Monument 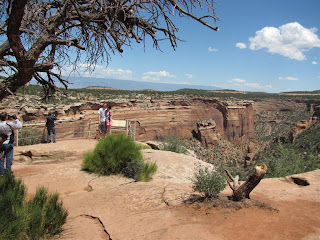 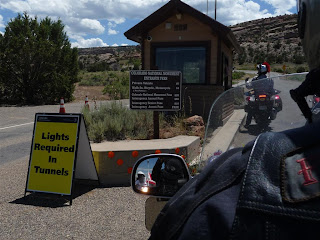 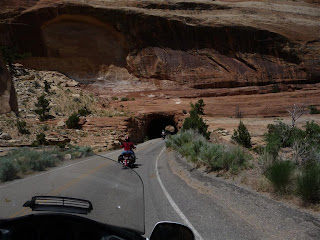 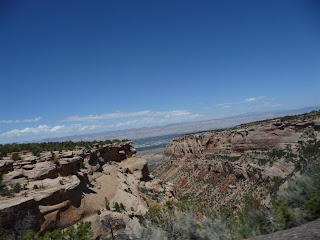 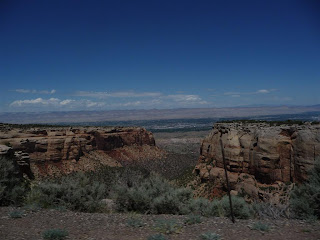 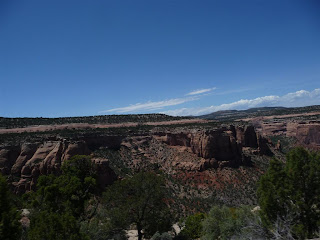 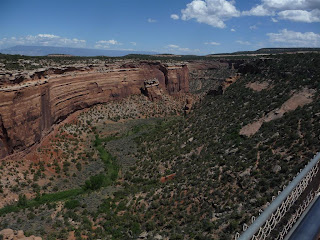 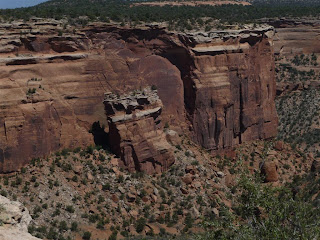 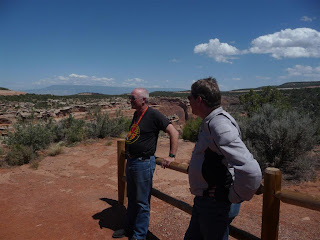 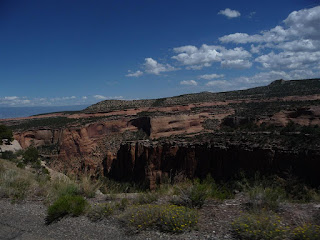 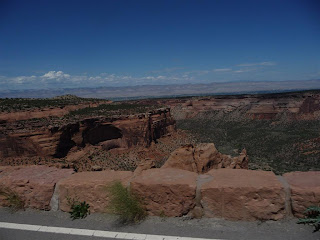 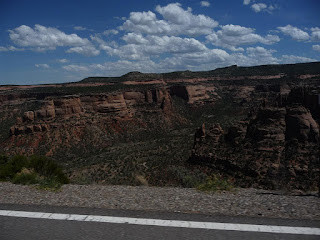 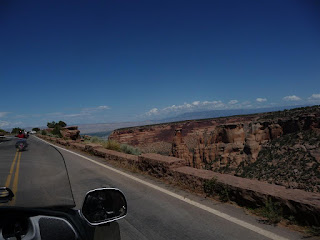 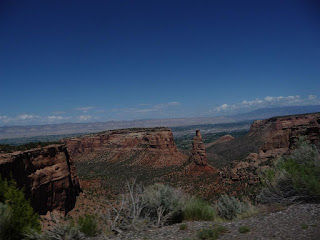 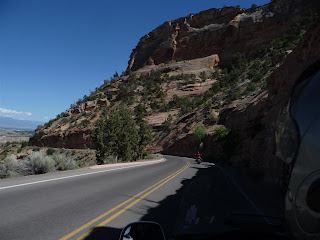 Back on level ground, we rode to Fruita, got gas and headed west on I-70. Across the Utah border, we exited in the middle of nowhere on something called the US 6 Business Loop. It took us through the Cisco Industrial Area which had no business to speak of, just several beat up buildings and a scrapyard. Then we turned south on Utah 128 and soon found new tar and chip road until we crossed the Colorado River, where the pavement improved. From there, we rode along the river and enjoyed some spectacular scenery through Professor Valley until we reached US 191 just north of Moab.

In Moab, we found the Adventure Inn where Sherm, rolling in from Oregon, had scored us three rooms at reasonable (for Moab) rates. Nothing is really reasonable in Moab. We kicked back for a while and then, after it had cooled down a bit, wandered downtown for supper at Pasta Jay's Restaurant. I had a stuffed chicken Genovese dish, which featured chicken stuffed with sausage, roasted red peppers, mushrooms and other goodies. 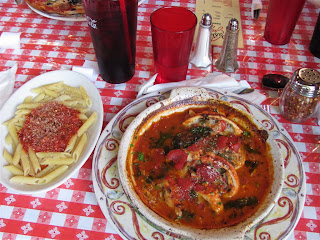 Stuffed chicken Genovese at Pasta Jay's
Satiated, we returned to the motel and sat outside enjoying the very comfortable evening temperatures before turning in for the night.