Don thought that it would be more fun if we took the Amtrak train to San Francisco this time. No traffic or parking hassles and a nice tour along the river where the road doesn't go. 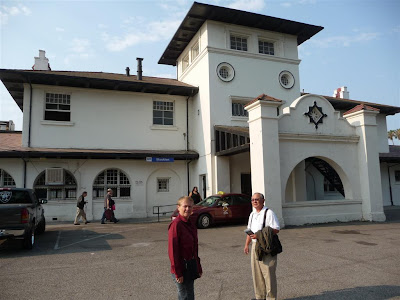 Sandy and Don in front of the Stockton Amtrak station. 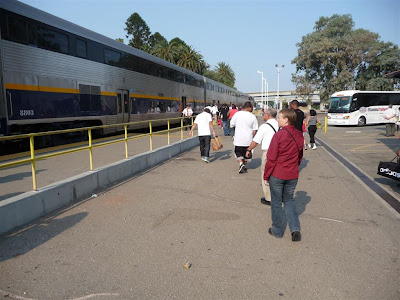 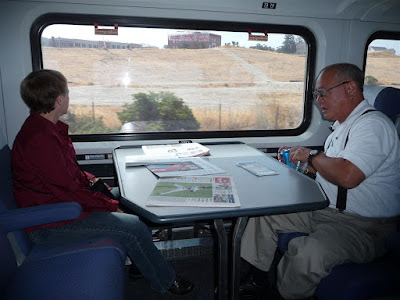 The train let us off in Emeryville and we took and Amtrak bus across the Bay Bridge. 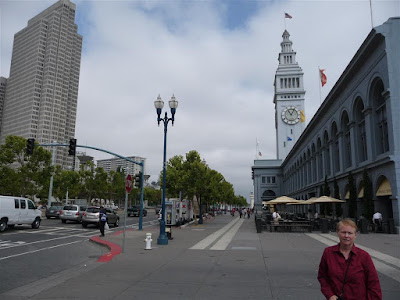 The Embarcadero with the Ferry Building clock tower in the background. 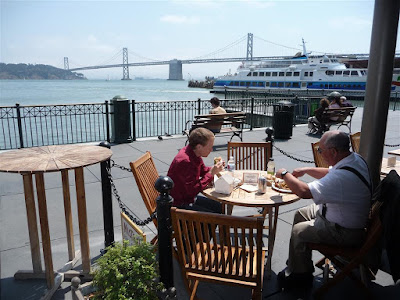 Don and Sandy having lunch in front of the Ferry Building. Lunch was from The Mistral and was very tasty. A ferry, the Bay Bridge and Treasure Island are in the background. 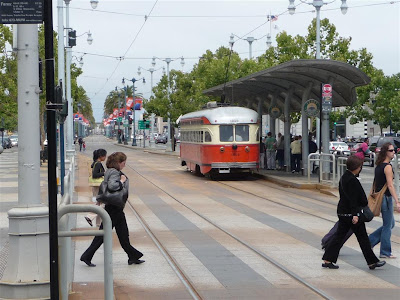 Street cars. Not the cable cars. These electrics have been acquired from interurban lines around the country and are painted in the colours of those line. 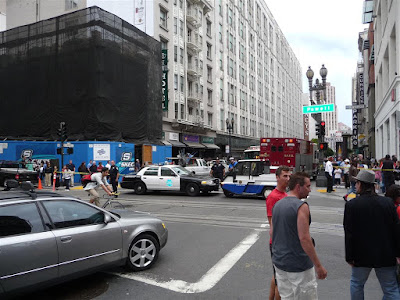 Macy's evacuated by the fire department for what turned out to be a false alarm. 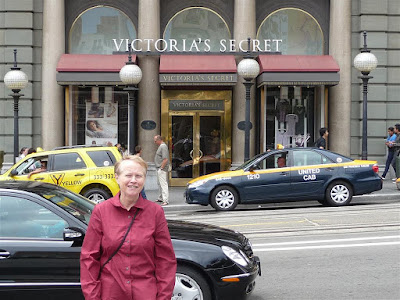 Looking across the street from Union Square, where we got See's Candy but Sandy wouldn't do any other shopping. 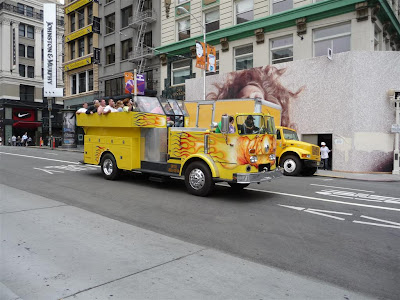 There are all kinds of tour vehicles. 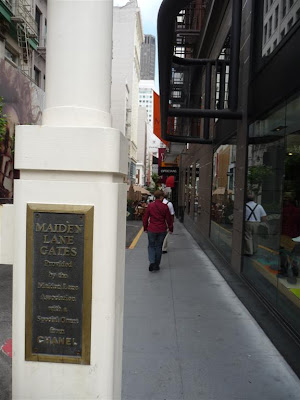 Maiden Lane is where Don says the brothels used to be located. Now it is a much more genteel location. 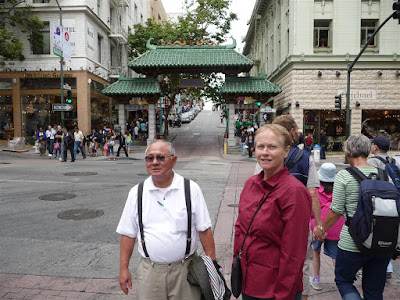 The gateway to Chinatown. 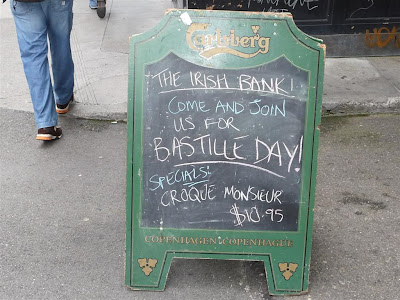 The Irish horn in on Bastille Day:-)) 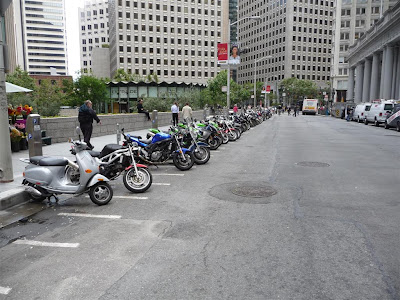 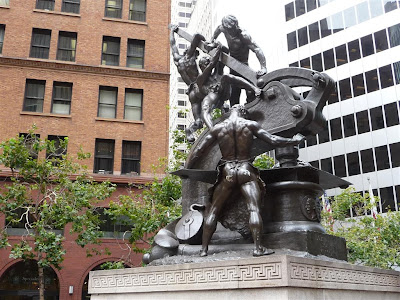 A monument to mechanics. My mechanic doesn't look like this...... 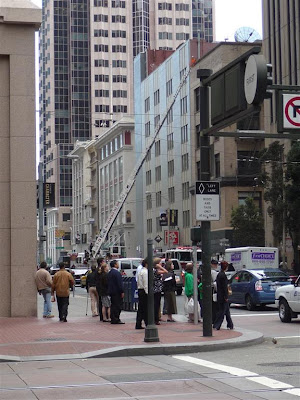 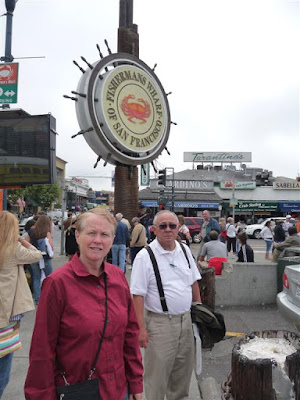 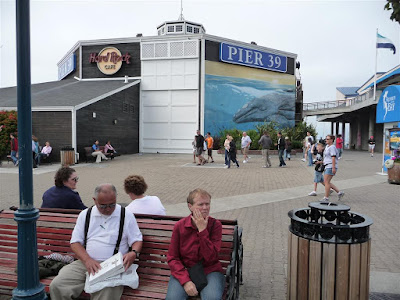 Waiting at Pier 39 for the Amtrak bus back to Emeryville Station. I won't mention the jerk who left his SUV (Arizona plates) in the bus loading lane. 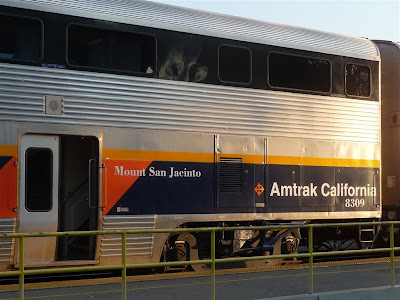 Our car, Mount San Jacinto, back in Stockton. We rode the same car both ways.

On the way home from the station, Don introduced us to In-n-Out Burger. This is a west coast chain that started in 1948, is still owned by the same family who wont take it public and only expands when it can do so without borrowing. The menu is simple and the food was good. Ordering takes a little special knowledge, but I could learn.

This is for Mom. Later in the evening, Don and I were talking about folk music and he mentioned The Limelighters. I was raised on The Limelighters and Don dragged out the Tonight In Person album. We played it all the way through, starting with There's a Meeting Here Tonight through Rumania to Have Some Madeira, M'dear. It brought back some fond memories.
Posted by Jim "Skid" Robinson on 7/14/2008