With only three hours to ride, it was another slow starting day. We tried to fix the helmet headset clamp with Super Glue but it didn't hold so we did a retape job with Duck Tape. After seeing on the Find Me Spot that Gary had already been rolling for three hours, we checked out at 9:45 and headed through Bennington on 7 to SR 9.

We had the new camera charged and Sandy took control of it, returning the Panasonic Lumix to me.

The Battle of Bennington in 1777 was a pivotal point in the revolutionary war. Colonial forces under General Stark caught the outnumbered British forces by surprise and achieved a decisive victory. Bennington Battle Day is still a legal holiday in Vermont. 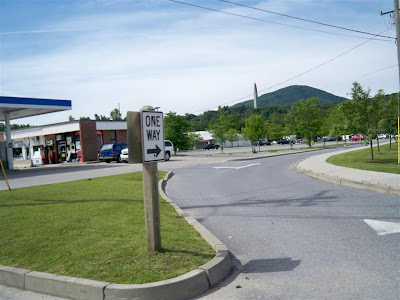 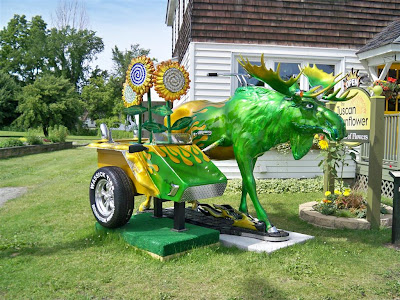 I have no idea what the designer of this moose/sidecar outfit was thinking but I had to circle back so Sandy could get a picture.

In Wilmington, where SR 9 crosses SR 100, we stopped and got a few photos. 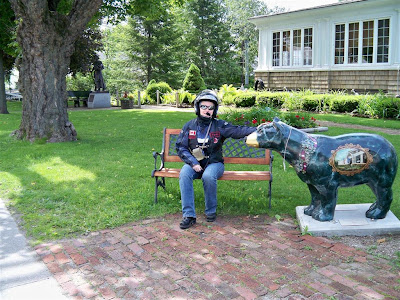 Sandy and a friend 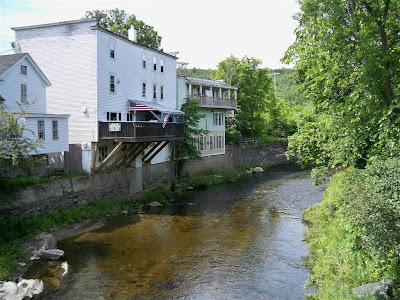 Scene from the bridge 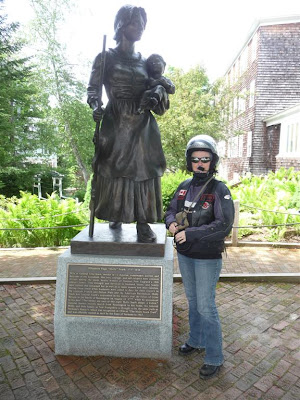 Sandy was having a problem with the new camera. The display wasn't bright enough to see with sunglasses on so we traded. I like the Smart Mode on the new unit and have no problem using it.

We continued across 9, riding the twisties in 4th gear to try to keep the speed down. The road is an excellent one and I'd recommend it to anyone. We stopped at The Hogback for a few photos and a look at the panoramic vista. 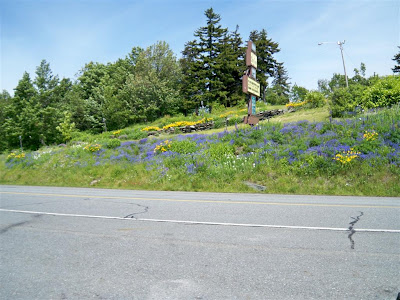 Flowers at The Hogback 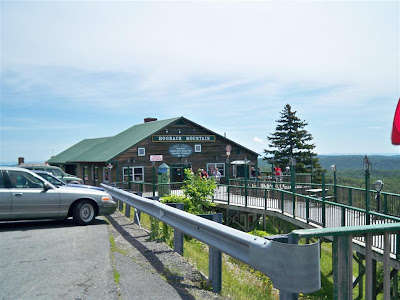 The Hogback Grill
About an hour out, we got a call from Gary to tell us he was at the motel. We kept rolling. 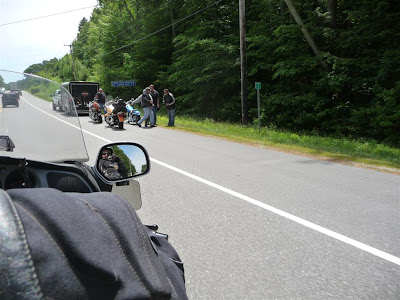 Harley riders and support vehicle
We arrived at the Northwood Motel in the thriving hamlet of Northwood just before 1:00 PM. I discovered that, true to form, I forgot the 6 way electrical outlet in the room in Bennington. Does anyone know what supplements improve memory? 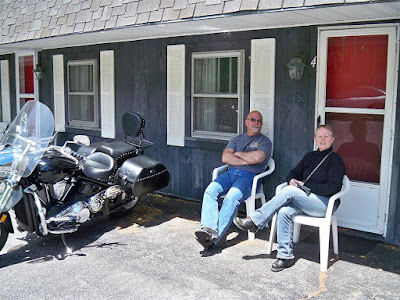 Gary and Sandy relax at the motel
Today's Route

I would have had Bob circle back, too, so that I could get a picture if I had seen that moose/sidecar!