The Snowmobile Trail Officer Patrol (S.T.O.P.) Program was developed in Sudbury in 1992 in response to frequent serious and fatal sled accidents coupled with limited police resources for snowmobile patrols. S.T.O.P. Officers are volunteer Ontario Special Constables empowered to enforce the Motorized Snow Vehicles Act of Ontario (MSVA) as well as assisting police officers with alcohol and other criminal enforcement.

I was involved in the program from the inception in 1992 until 2003, when I lost interest in snowmobiling in general. The last few years, I started to ride again and applied for reinstatement as a S.T.O.P. Officer. Today, after testing, training and riding along, I was sworn in along with nine new volunteers from the Sudbury and Parry Sound Areas. In actual fact, they were sworn in while I affirmed the oath of office, leading to many questions.

It has been good to get back involved with the program. The fact that I was a co-founder and retired Provincial Coordinator and am now the newest rookie in the Sudbury unit in no way takes away from that. We have a good group of volunteers and the police officers we work with are excellent.

The ceremony went well. Norm set things up and gave everyone their marching orders. The nice lady Justice of the Peace got us all through the oaths while Biker took pictures and there was food afterward. Now the ten of us won't have to ask a sworn officer to sign our tickets any more:-))

Here are a few photos of the big night: 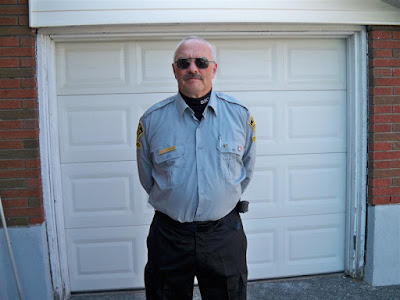 Yours truly ready to leave 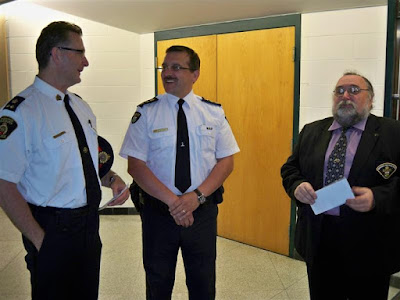 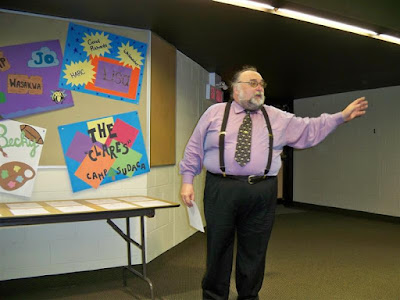 Normie giving the candidates their directions at rehearsal
(dig those suspenders) 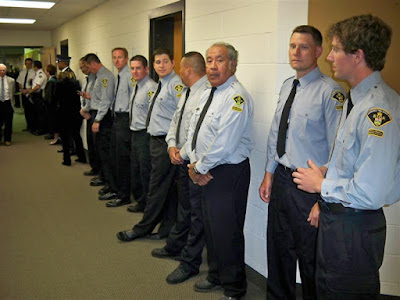