Some of you may have seen the website dedicated to People of Walmart.  I think we may have met a couple of them this morning.  Last night, I parked at an angle to allow me to directly leave the parking lot this morning.  A whole empty lot and yet Sandy watched a large lady park her SUV between me and the exit. I could back up and go around her except that someone else was parked one space behind the trailer.  I managed to turn out the other direction after one full circuit of the lot.

Pulling out onto Peach Street, which is also US 19, I noted that this is the same highway that the Applecover Inn is located on in Maggie Valley.  Some day, we will follow it all the way down instead of taking the interstates. 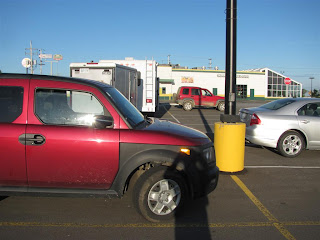 Between the two red vehicles, we were ALMOST blocked in 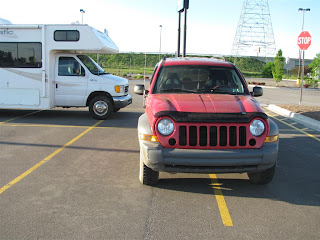 And this lady couldn't even colour inside the lines 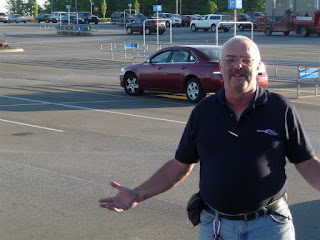 I don't believe it

I was going to stop at the Pilot station on the way out of town but, as I find often, there wasn't a lot of room to get at the gas pumps.  They advertise being RV friendly but that just seems to extend to the diesels.  I stopped at the Shell across the street instead.  This turned out to be the only station I have seen on the USA that did not have a catch on the fuel lever.  As in Canada, I had to stand and hold the hose the whole time I was filling.  Then, with a $75 limit, it only allowed two fills before cutting me off so I had to go inside.  Still, we got it done and headed off into the sunrise.

We followed I-90, the NY Thruway, to Buffalo.  Some construction along there had four lanes squeezed into a space meant for two as they laid fresh concrete on the other side. 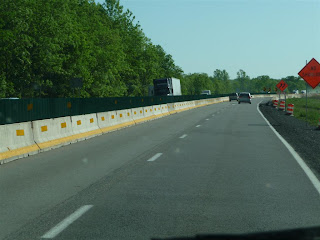 Four lanes jammed into two on the NY Thruway 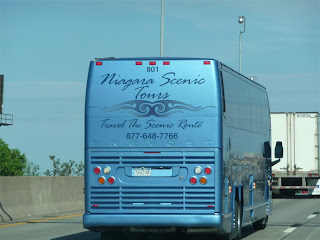 Leave the driving to us 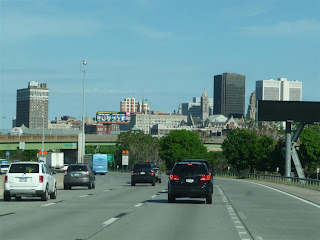 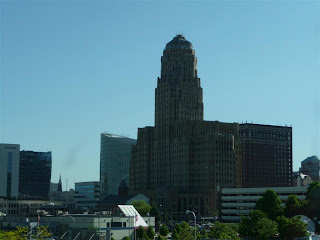 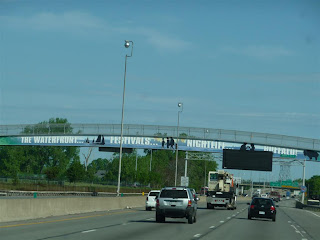 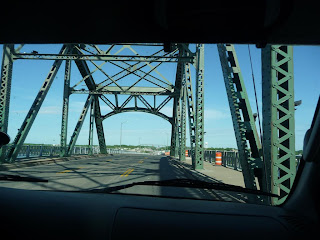 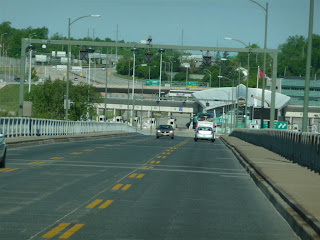 Crossing the border was no problem.  The agent wanted the trailer plate number (which I didn't know) and that was about it.  She didn't want to see anything or in anything.  I did clip a post at the toll booth with the right side mirror, but it just folded back with no damage.

The highway wasn't too busy until after St. Catherines.  I do get a kick out of merging traffic.  I often can't move over so I slow to allow them room to get in and flash my lights.  Instead, they panic, jam on the brakes and come to a compete stop.  It is a wonder they survive at all.

It was early on Victoria Day Monday so I followed the QEW/403/401/400 route, noting huge lineups to get into Canada's Wonderland.  We stopped at the King service centre for a Tim Horton's coffee and breakfast. Here two of the tire sensors indicated slow leaks,  which happens when hot tires cool down after we stop.  They stopped after fifteen minutes indicating it wasn't a real leak. 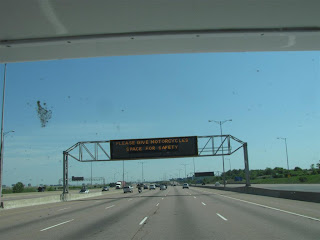 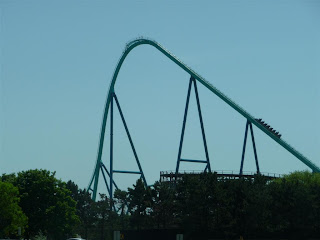 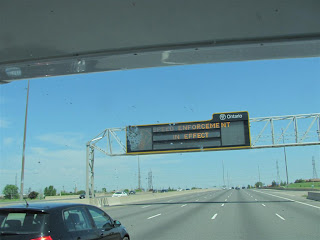 There are times when it is NOT in effect? 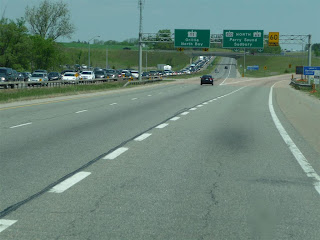 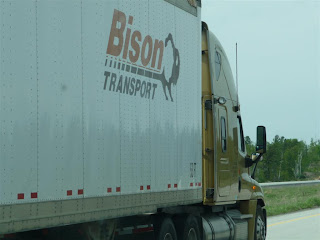 We arrived home at 3:50 and, after unhooking, I went and fueled up.  Canadian gas prices suck.  I am, however, learning to drive better. I averaged 9.2 MP(US)G compared to 8.2 last year. But it is time to let someone else who doesn't wander quite as much enjoy this.  Stay tuned for the details.
Posted by Jim "Skid" Robinson on 5/21/2012