The Freedom Riders decided last year that we would gather on the last Saturday of every May to honour our fallen members.  This is as close to a mandatory run as we have.

Leo came by and we set out together for Fielding Memorial Park in Lively under blue skies.  We were the first ones there because I had thought everything stated at 9:00 AM.  Instead, the correct time was 9:30. 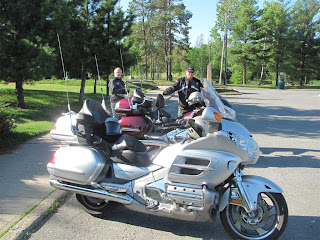 Sandy and Leo waiting for the rest of the club

After a while, the bikes started to roll in and, by 9:30, we had 34 members present and accounted for.  Father Jolicouer, who rides and has been blessing bikes at the Motorcycle Safety Month proclamation at Civic Square for several years, was invited and showed up in his Smart Car.

The club convened at the Alex Ogilvy Memorial Tree to remember.  President Rob began by welcoming everyone, calling for a moment of silence and reading a passage he had found on the Internet.  Then Father Jolicouer spoke about riding and the people we meet doing it.  I read the traditional prose I picked up years ago from VROC that can be found on our memorial page.  We lost Al Barrowcliffe this past winter and special thoughts and prayers were directed to his family, who were in attendance.  VP Dan passed out Memorial Patches to those who were attending for the first time and presented special shirts to those who went down in last year's wreck in Algonquin Park. 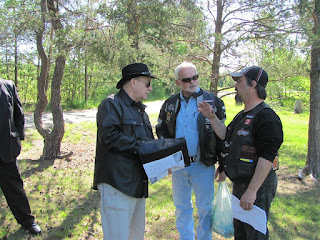 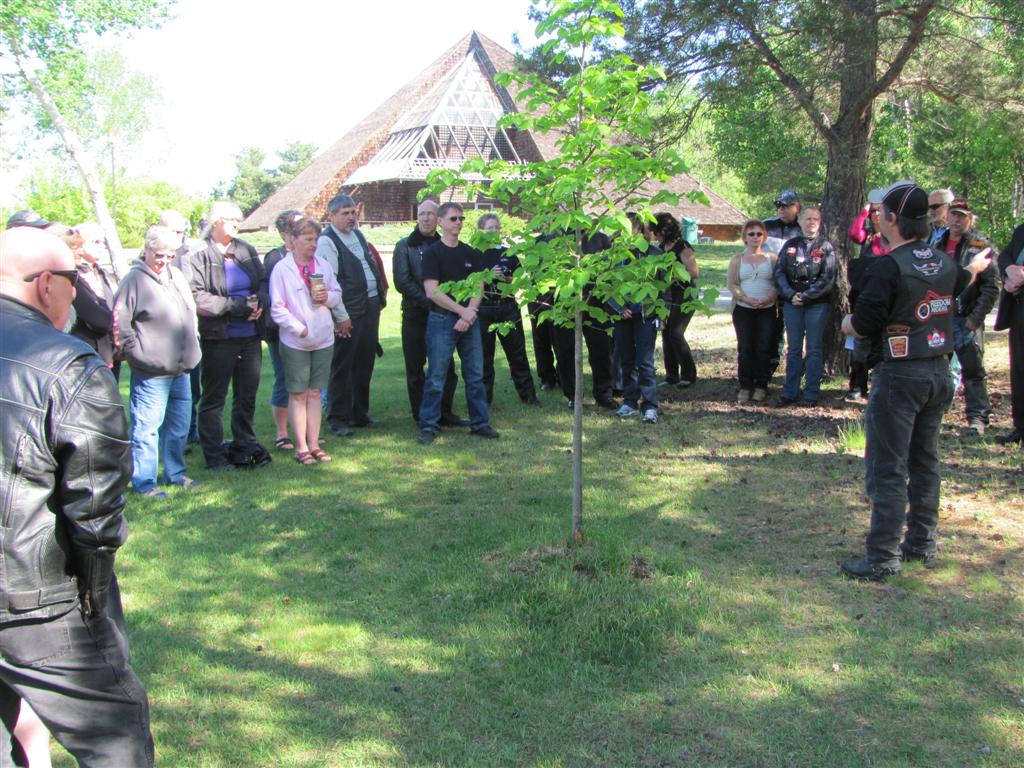 With the ceremony complete, we honoured the fallen by doing what we do best, eating and riding.  The contingent rode to nearby Mr. J's Roadhouse where we shared  breakfast.  Then we headed out for Elliot Lake, breaking into a couple of groups to get there. 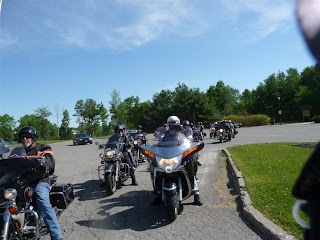 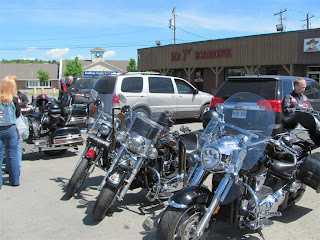 At the first stop at Tim's in McKerrow, Gary L, Doug & Carol and Sandy & I opted to return home.  Personally, I was beat from the OPPVA AGM.  On the way, we did stop in Nairn Centre so Carol could buy some fish. 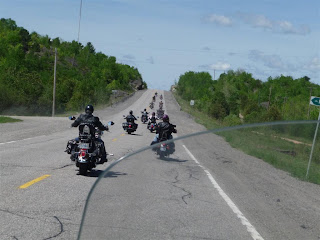 Freedom Riders on the road again 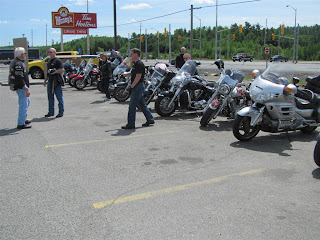 It was a good day and VP Dan covered it (including the part we missed) in the club blog.

Losing friends is hard but it would be  harder not having great people to share our path through this life with.  RIP, fallen Freedom Riders.  Gone but not forgotten.
Posted by Jim "Skid" Robinson on 5/26/2012