It was cool again this morning and overcast as well.  This would not be a repeat of the sunny, warm day we had yesterday.  The radar showed a line of light rain moving towards us from the west so we expected that we might get wet somewhere out there.

Sandy was talking to our friend Bob in Quebec on Skype while I was finishing yesterday's blog.  When I went to post it, I found the connection had been dropped and it would not save even when I connected to another source.  Not wanting to lose my whole morning's work, I got creative and copied the entire HTML script to a Word document.  When I killed the Blogger page and reloaded, I had lost everything.  When I copied the HTML I had saved, it was all back except that I needed to clean up some spacing and formatting.  Close call.

We rode out at 9:30 under grey skies.  Sandy was wearing her Gerbing electric jacket due to the temperature. We followed US 19 through town and over to I-40, following 40 east and then going south (it  is actually officially called east) on I-26 from Asheville.  Eight miles out of Hendersonville, our destination, it started to spit on us so I stopped at a Rest Area long enough for Sandy to throw her sheepskin in the trunk.  It stopped almost immediately as we got off on US 64 in Hendersonville and proceeded to the old train depot on Maple Street.

This was my objective for today.  Every Saturday between 10 AM and 2 PM, the Apple Valley Model Railroad Club opens its doors to the public.  Located in the old station built in 1902 by the Southern Railway, the club layout represents several railways in the area, replicating the terrain and the economy of the region.  I have been trying to get here for several years and made a special effort this time. Interestingly, City of New Orleans was playing on the stereo as we pulled up and a Vulcan was parked out front.

Inside, a member named Bob offered to give us a tour of the layout.  We started at the Asheville Yard and worked our way around to Hickory.  Bob was a font of knowledge about both the layout and the prototype railways in the area.  He also asked if Sudbury was still the desolate wasteland it was when he visited in 1970.  I had to bring him up to speed:-)) 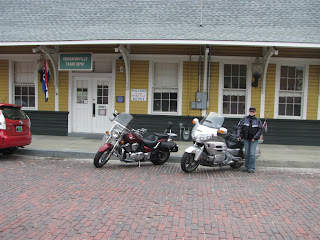 Parked at the depot next to a Vulcan 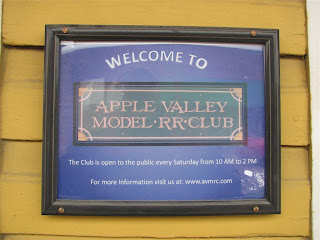 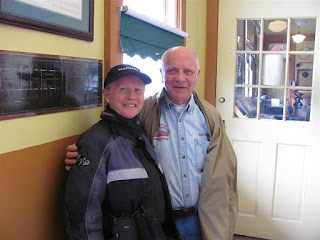 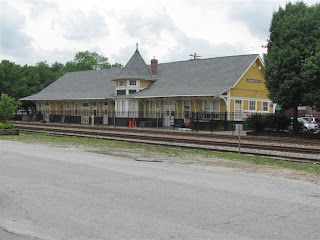 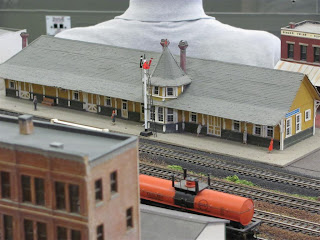 You can find the rest of the photos  I took here. The tour might have gone on forever but a club member named Dan started a conversation when he found out we were from Ontario.  He was a physician who did his undergraduate degree at the University of Toronto and still returned often.  We talked about Obamacare versus OHIP, Thomas Jefferson and the US Constitution.  It was an interesting talk and this fellow would probably fit right into the VROC Debate Group.

Taking our leave of the depot, we went across the tracks to the Depot Diner where we had meat loaf sandwiches on Texas toast.  They went down well while I checked the radar on the Netbook and saw that the line of showers had broken and gone south of us. 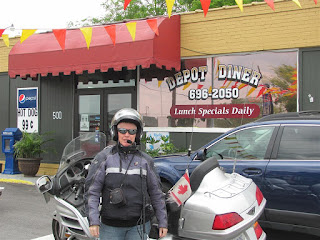 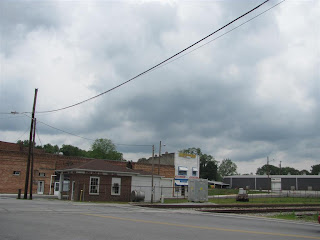 We left town on US 64 headed towards the Pisgah National Forest.  On the way, we saw this quarry with a familiar name. 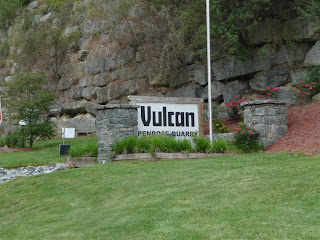 Continuing on, we switched from US 64 to US 276.  This is the road that runs through the Pisgah National Forest, which I have ridden numerous times.  But I have never stopped to sight-see.  This time, we stopped at the ranger station/visitor center where we found out that the nice people in uniform we were talking to were volunteers. They gave us some directions which helped me get stopped at Looking Glass Waterfall, which I have ridden past many times without enough lead time to get stopped.  Interestingly, when you are traveling slower, it is well signed.  Then we stopped at the Cradle of Forestry where we had to pay since our Annual National Parks Pass had expired.  It featured the history and rationale of forest management and conservation.  We should have walked the one mile loop to see the railroad exhibits but it started to drizzle on us and we moved on. 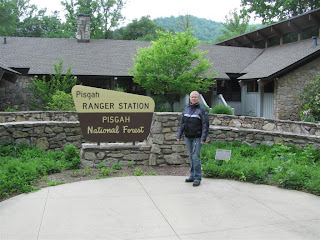 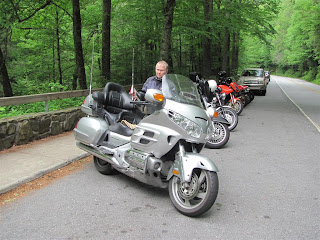 Parked at the Falls 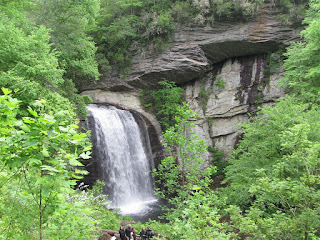 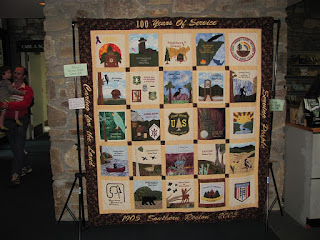 Leaving the Cradle of Forestry, we rode the last few miles up to the Blue Ridge Parkway following a pair of bikes that looked fast but weren't.  Still, I was a good boy and didn't pass them.  They continued on 276 while I turned southwest on the Parkway.  The sky was ugly looking to the northeast but our southwest direction looked OK.  At least it did to start but we ran into low lying cloud before too long.  I used the four-way flashers for a while and the switch stuck in the on position until I hit it just right.  A VW van beat us down the hill to Balsam Gap, although we caught him again on the way to Soco Gap. 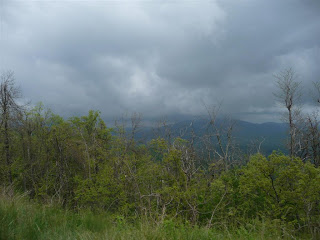 Clouds to the northeast as we reach the BRP 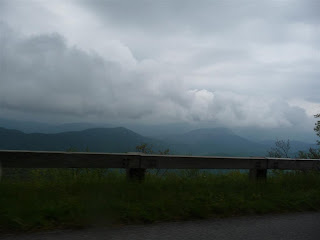 The southeast looks nasty too 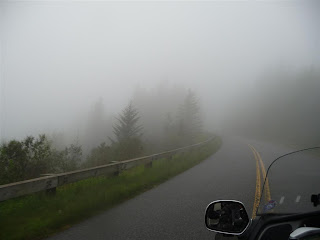 Riding in the clouds 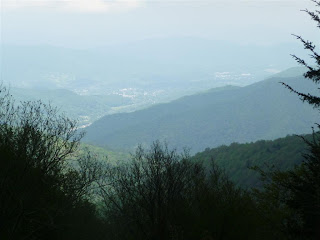 Down in the valley 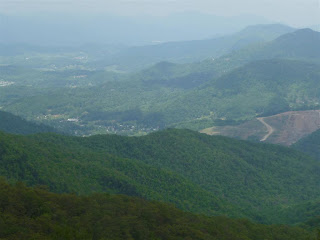 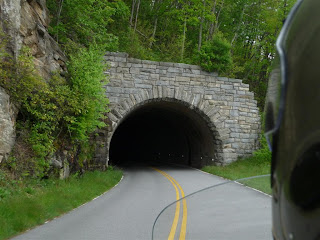 We got back to the Applecover and I covered the bike.  I had been feeling outside the groove the last part of the ride and the glucose meter gave me a clue.  My blood sugar was 3.7 (67 in US measure), a little on the low side.  Sandy made me a sandwich and noodles and then took a nap while I sorted photos and blog notes while watching Almost Famous on TV.  I can't believe that movie lost money.

The NASCAR Sprint Cup race was on from Darlington so I settled in to watch my fantasy league drivers get massacred.  And that's how it turned out.  This may be my worst finish of the season.  Time for bed.

Lookin' great!!! Glad Ya had some slow down and enjoy time!