We woke up this morning and I copied songs from a 32GB flash drive that T-Bone loaned me to the Passport hard drive while I savoured my coffee.  He had the top 100 songs for each year from 1959 to 2000 plus Billboard Magazines top 500 songs of all time.  I'll also put these on Gary's Passport before I give it back to him. 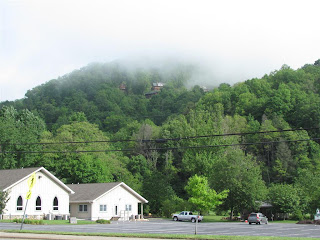 Nice morning in the Smoky Mountains

The next task this morning was to empty the RV holding tanks.  Based on how everything else has gone with the rig, I approached the job with a certain amount of trepidation but it went fine.  The hoses connected and drained.  The valves opened and closed.  The wand cleaned the black tank out so well that the gauges showed it was empty.  The only drawback was that I was running the roof vent in the bathroom.  I don't know what the plastic blades hit but there is now shrapnel all through the vent screen.  Something else to replace.

We will have to apologize to Blondy because we joined T-Bone, Wrong Turn and KT at Joey's Pancake House for breakfast.  There is some bad blood from years ago but it was within walking distance and we were lazy.  I had pancakes, eggs, country ham and bacon.  The pancakes were actually some of the lightest and fluffiest I have ever had.  They also had a brochure with recommended local motorcycle rides.  We've done many of them but there are a few......... 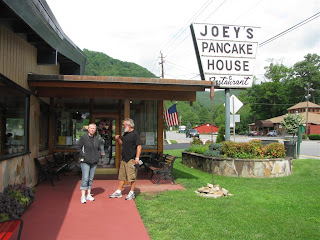 Back at the hotel, I worked on the blog while we waited for Blondy to arrive.  She came in late morning and we sat around visiting and catching up. A bit later, Yummy and Perv arrived from the Pittsburgh area. 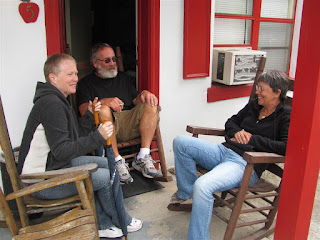 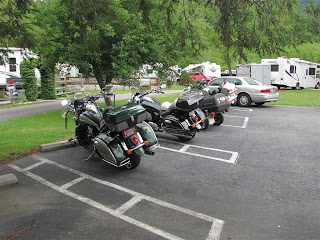 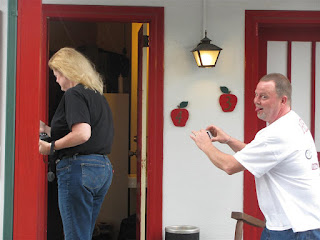 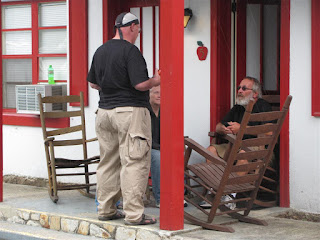 Just like yesterday, rain arrived about 3:00 PM.  The heavy downpour came about 4:00, but we didn't get the lightning show we had last time.  When supper time finally arrived, we decided BBQ was the order of the day.  Derrick called and found Butts On The Creek was closed so he loaned us his eight seat Suburban to go into Waynesville and eat at Fat Buddies.  He, Amy and the kids even took their other vehicle and joined us. Sandy said the ribs were drier than the other day,  but it was OK.  And we stayed dry. 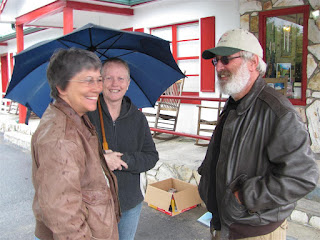 Raindrops keep falling on our heads 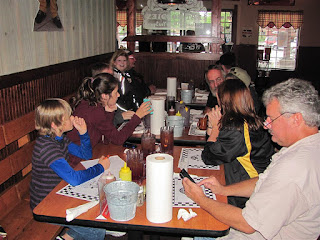 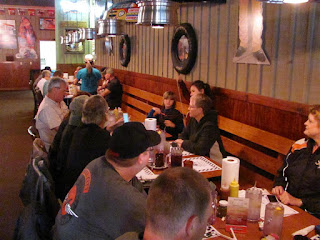 The gang at Fat Buddies 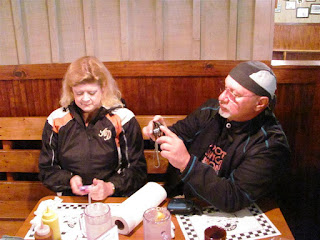 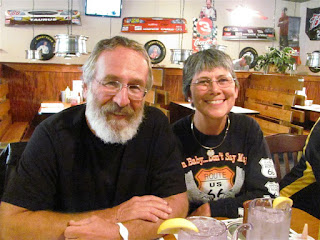 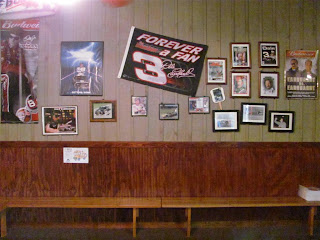 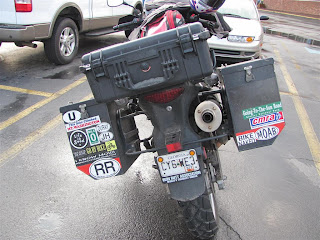 This guy has been everywhere and know Mo as well

The rain was done by the time we left the restaurant.  We stopped in the Dollar General where Blondy bought all the mini Moon Pies and Sandy and I got some drinking glasses.  I also found some Pop Rocks.  On the way back, we stopped at a gas station so I could pick up some Yuengling Lager for Lucky Al  T-Bone said that the Dale Jr. Mountain Dew poster outside would be stolen in a minute back in Georgia. 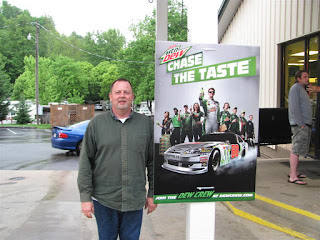 Back at the motel, Stewey and Mary had arrived from Peoria while we were gone.  Due to his knee problems, they were in an SUV rather than on his outrageous yellow GoldWing.  He did bring his pedal bicycle to challenge parts of the BRP (mostly downhill because of the knee). 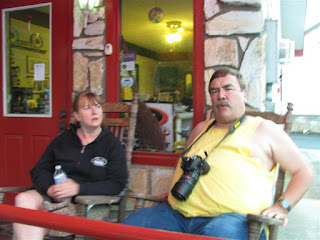 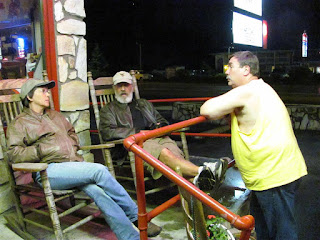 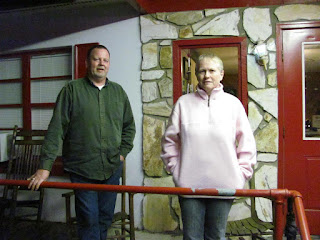 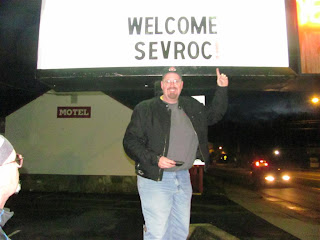 Perv notes that the sign no longer welcomes Rednecks 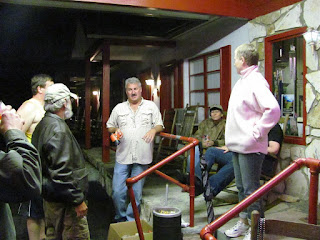 We all hung out for the rest of the evening in the motel lot.  The temperature was dropping but the weather forecast claimed there would be no rain tomorrow.  I will believe this when I see it.  Finally, about 10:30, we called it a night and turned in.
Posted by Jim "Skid" Robinson on 5/15/2012