We were up at 7:15.  I didn't have time to finish the blog entries for the last two days so I posted the pictures with a promise to finish the text as soon as I got the chance.  I dried the bike in anticipation of a 9:00 AM  departure.  We were supposed to be fueled and ready to go but there were enough needing gas that we just stopped the group on the way out of town.

We had a decent sized group as I led the way over US 19 to Cherokee.  Through town, we caught all the lights just right and continued on 19 towards Bryson City.  I had Lucky Al in the back with a CB radio to keep me posted on how well we were hanging together.  When we turned on Everett Street in Bryson, the whole area in front of the restaurant was open so we parked in one long row.

Someone had asked if we had called ahead with a reservation.  I pointed out that wasn't the adventurous way to go.  When we went in, the place was mostly empty and we had no problem finding seats.  The food and service were even better than yesterday when we ate across the street.  Sandy had yogurt, granola, fruit and a muffin while I enjoyed a meat lover's omelette with hash browns and rye toast. 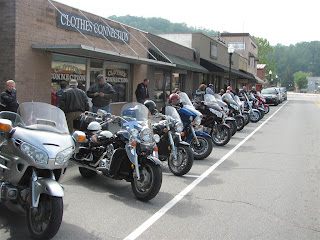 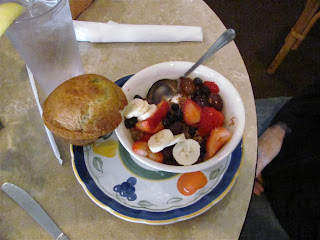 Original plans had called for a ride after the meal.  Then some thought we should head directly back and help Jax set up.  Jim T's group decided to head towards The Biltmore House while the rest of us, needing more than just a return trip, went south on SR 28 to Franklin one more time, with Wrong Turn and KT in the lead.  This time, we had more bikes than yesterday and Flip was right behind me on his new Wing. 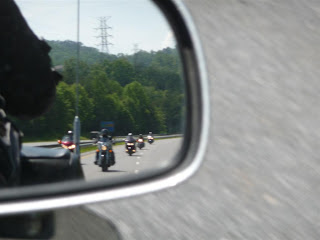 The group on US 74 leaving Bryson City NC 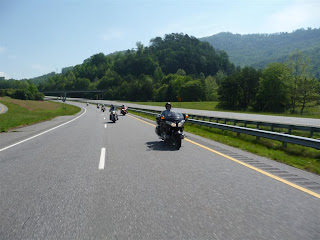 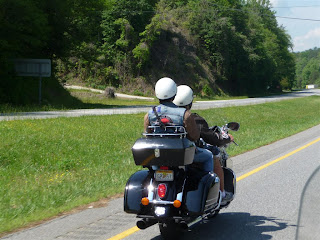 From Franklin, we headed right back up US 441 all the way into Cherokee, where we stopped at a gas station for a break.  While we were there, we saw several fire vehicles head out on US 19.  Just in case the highway to Maggie Valley was blocked, we went back through town and caught the Blue Ridge Parkway to Soco Gap and then down to the Applecover.  At the motel, we found more people had been arriving while we were gone. I sat out and finished two days of blog while conversations ebbed and flowed around me. 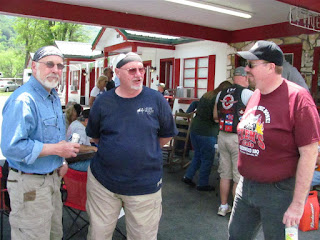 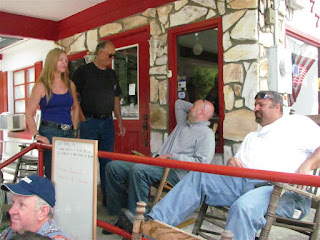 Susan and Bassman talk to Flip and Paul 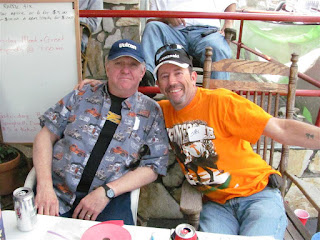 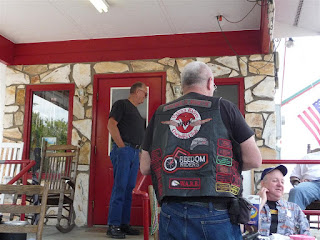 Talon and I with Bassman in the background 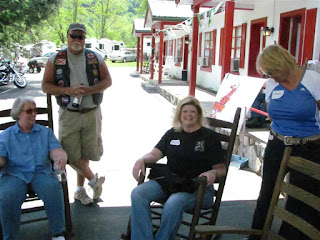 Wanda, Cheap B, Blondy and Laura 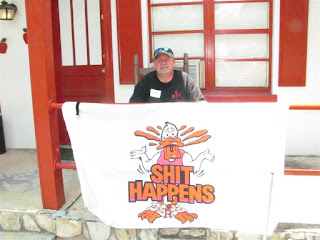 That about says it, T-Bone 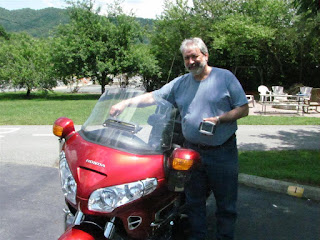 Lucky Al does a Zumo ad 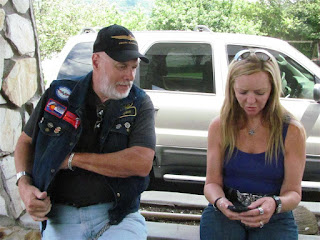 What are Zeke and Susan checking out? 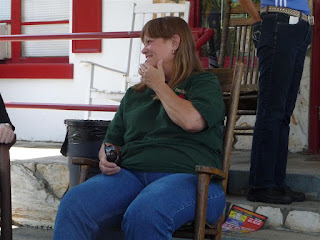 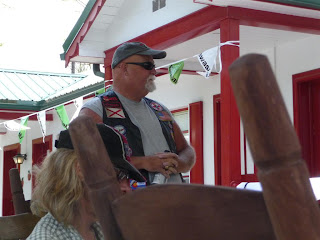 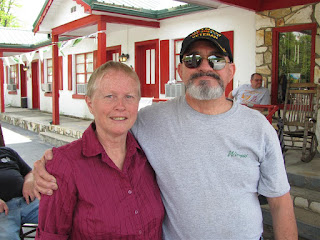 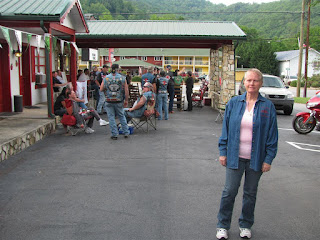 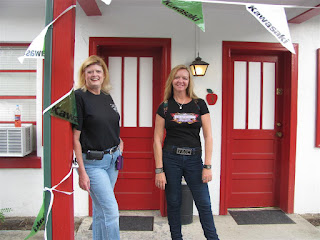 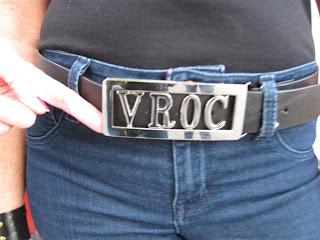 That is one nice buckle

The reservation for the Meet and Greet at Legends Sports Bar & Grill was for 7:00 PM.  Just before then, we started to walk down.  When we got there, we found we did not have exclusive use of the place as we had  expected, but all managed to get seated. Sandy and I were at the central table with some good people.  She ordered wings while I had a club sandwich and homemade chips.  I was only able to finish half and Sandy only ate part of her wing order so we were both able to bring home leftovers. 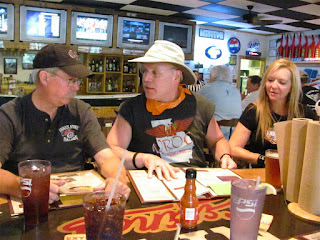 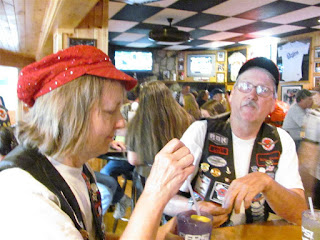 The Lovely Carlene and Willie Wonka 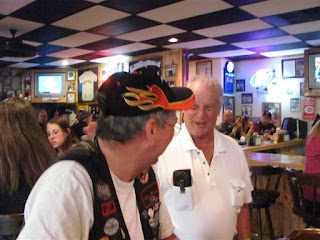 On the way back to the motel, Stockbridge Richard and I stopped at the liquor store to see what they had left in the way of moonshine.  All the clear Junior Johnson was gone, although there were several different kinds of  fruit in Johnson shine.  As mentioned before, the Catdaddy was gone and you can't get Popcorn Sutton outside Tennessee.  Empty handed, we returned to the Applecover.

People hung out and visited all evening.  Sandy and the girls repaired to Susan's room across the street for the traditional lemon drop ritual.  Every time they came back, they were smiling more.  We finally ended up with a few of us (Sandy included) sitting outside the office at 1:00 AM solving the problems of the world.  Thanks to Talon, Phillip and Derrick for the debate.  We didn't take notes so, after we turned in, the world altering solutions were lost (as usual).  Tiny rolled in by car just before we wandered off.